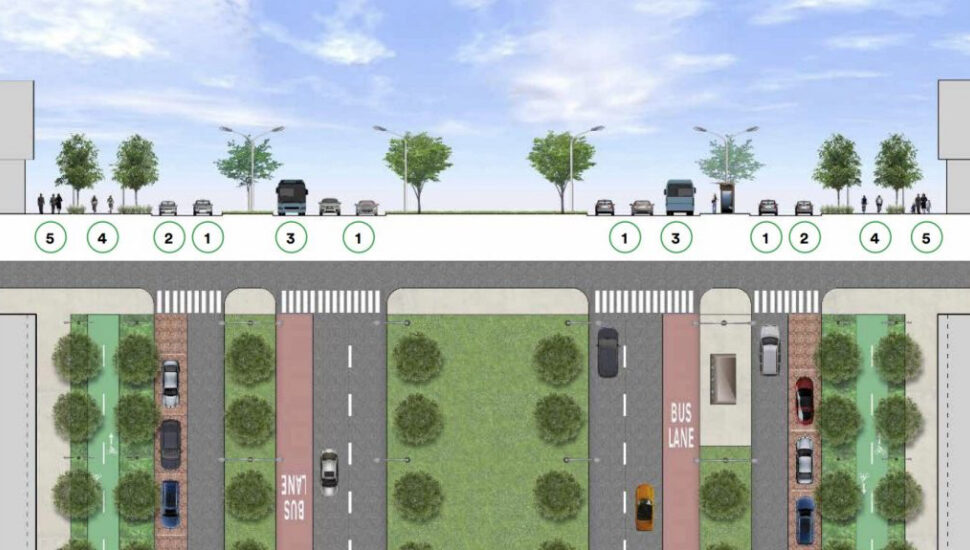 Image via Delaware Valley Regional Planning Commission
The subway would have a stop in the Bensalem area.

According to transit advocates, the Roosevelt Boulevard subway that would run from a northern Broad Street Line stop to Bucks County may become a reality after a century of speculation and false starts. Michaela Winberg wrote about the travel news for Billy Penn.

The rail line was originally thought up in the early 20th century. The proposal got to the point that a subway station was built, but the rest of the project never came to pass. The idea was brought up again several times over the years but never managed to materialize.

Now, the infamous subway is entering conversation once again thanks to transit advocates and state Rep. Jared Solomon.

“Any big, big change on the Boulevard would mean a big investment,” said Solomon. “And that is what makes this conversation so exciting. The job creation numbers, positive environmental impact, and long-term growth opportunities are off the charts.”

The current resurrection of the Roosevelt Boulevard subway proposal is tied to federal funding. Thanks to the infrastructure bill signed into law by President Joe Biden last year, the current moment is seen as a good time for new infrastructure and transit projects.

Read more about the Roosevelt Boulevard subway in Billy Penn.