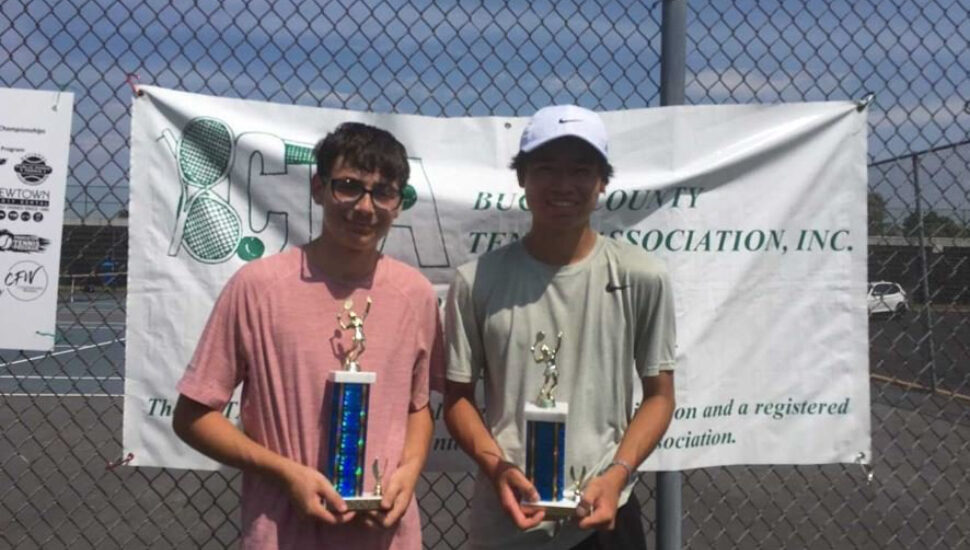 Max Arkans, a junior at Quakertown Community High School, won the 2022 National Public Parks Tennis Championship (NPPTC) for the under 18 singles division back in July. He started in the Bucks County tennis program as a child through his father and has been honing his skills ever since.

“The tournament win was big for me because it boosted my confidence a lot,” said Arkans. “I had two really long matches against two really good kids. I knew I belonged there, which made me feel great.”

The tournament was held at Council Rock High School North in Newtown and was hosted by the Bucks County Tennis Association (BCTA). This tournament was the first time the Championship was held in the Philadelphia area in almost 100 years.

Now that he had proved himself in the Bucks County area, Arkans hopes to continue his career into college and beyond. For now, he is eyeing the SOL Liberty Division Singles Championship before he graduates high school.

Read more about Arkans’ exploits at the Bucks County Herald.