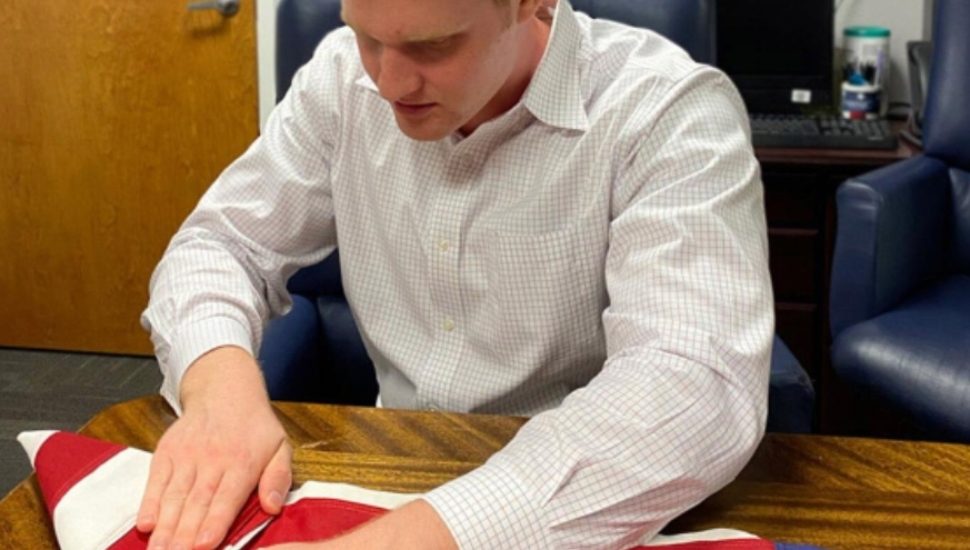 Image via Bucks Local News.
New Hope intern Will Rampe folds an American Flag for shipment to a constituent of Congressman Brian Fitzpatrick, for whom he is serving as a summer intern.

The rising sophomore opted for the experience because of an academic interest in political theories. He may be testing the waters for a future career.

The latter task often positions him as point person for political commentary.

“There are three main issues that people care about,” Rampe said. “They call about the January 6 Commission, they call about the new infrastructure bill, and some people want to know about his vote for Liz Cheney.”

“People have issues with their stimulus checks, their passports, other broad questions like that,” he describes.

More on Will Rampe’s summer with Congressman Fitzpatrick is at Bucks Local News.