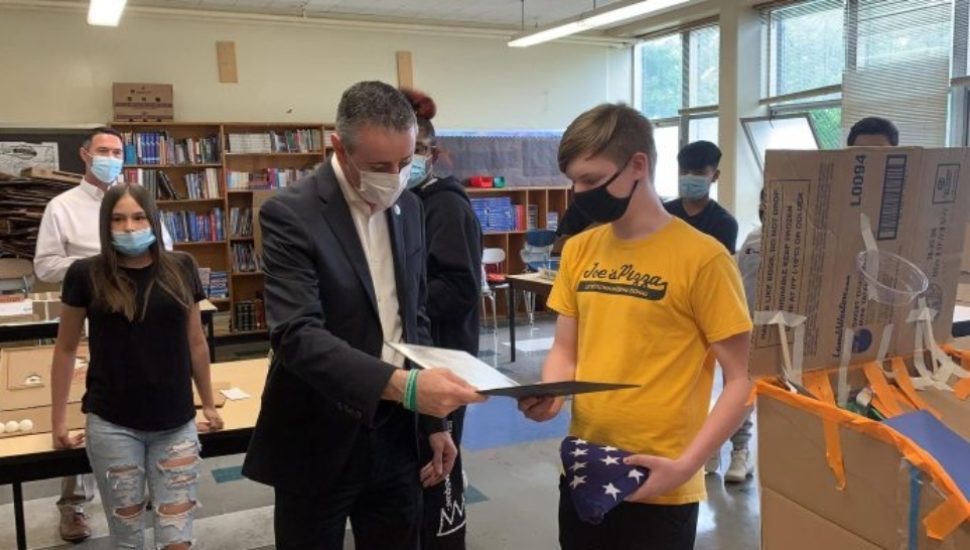 Eighth grader Damien Marion had a recent question for his grandmother, Theresa Knapp. He wanted to know if he could give his new bicycle — her 2020 Christmas gift to him — to someone else. Samantha Bambino covered the reason why for the Lower Bucks Times.

Marion learned that the son of a single mother in his Levittown neighborhood lacked a bike. He made up his mind to remedy the situation by providing his own to the struggling family.

Knapp, Marion’s grandmother said that the action was wholly in character.

Marion’s bicycle generosity extends throughout the community. He fixes bikes at his own expense and gives them away to needy kids.

Marion’s benevolence got the attention of Congressman Brian Fitzpatrick, who worked to have the 13-year-old’s name entered in the state Congressional Record.

“I had to meet this impressive young man in person to commend him for a job well done,” said Fitzpatrick. “It was an honor to meet Damien and thank him for his selflessness, compassion, and for inspiring so many people in our community.

“People like Damien make our world a brighter place,” Fitzpatrick continued. “I’m excited to see all that he will accomplish in life.”

More on this extraordinary Levittown youth and his two-wheeled work is at the Lower Bucks Times.

With Many Destination Marathons Sidelined, Bucks County Offers a Nearby Alternative