To Chore or Not to Chore? 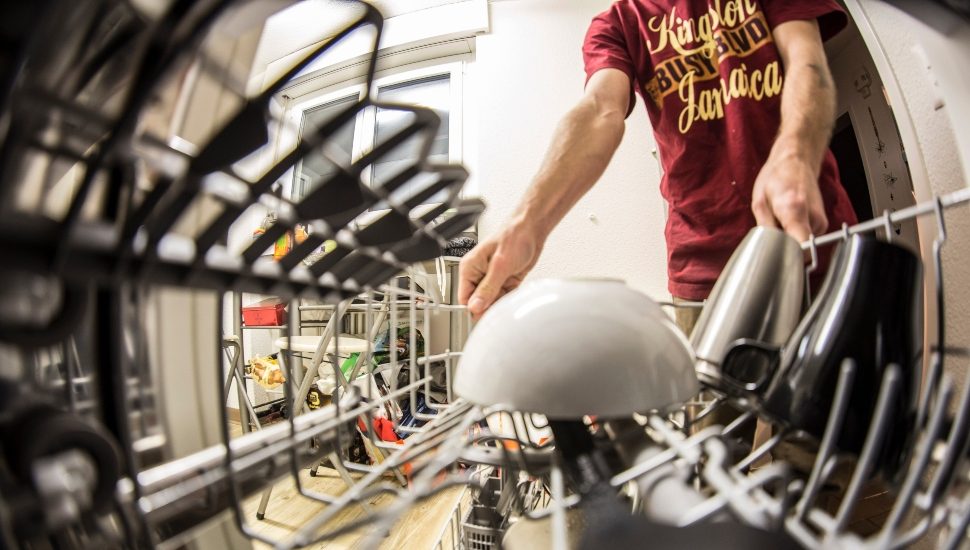 I’m not sure where, exactly, my son’s sheets went. I know I handed them to him. I know I told him to make his bed.

And I know he has spent every night since sleeping on his bare mattress.

I would look in his room. I would. But my kids’ sloppiness is legendary. An accidentally triggered house alarm brought a township police officer to my front door once. My father-in-law let him in, then struggled to convince him my daughter’s room had not been ransacked.

It just always looks that way.

I don’t know how, exactly, I created two slovenly humans. Sure, their father is messy. Our bedroom closet currently houses, amongst the high heels and dress coats, half of a fishing rod.

The car’s cupholder has been hosting a turkey call and camping spoon since turkey season. The manual for the new upright freezer has been on the dining room table since December.

Procreating with a guy casually storing crippled outdoor equipment next to my bathrobe pretty much guaranteed me one kid with that same genetic damage. But I’ve taken enough science classes to know I was just as likely to get someone whose DNA – and bedroom – are pristine.

So as I write this, the condition of my house can be likened to those on hoarding shows. I can’t watch those shows. They birth anxiety just as surely as I birthed sloppy kids. But I once saw an episode in a hospital waiting room. When that episode rolled into another, I begged the receptionist to change the channel.

“It’s because I forced you to potty train too young,” my mom said, a bit concerned with the fervor of my pleading.

Maybe. But at least I know exactly where my sheets are.

In September, Good Housekeeping discussed a survey their institute had conducted with one thousand families. They reported kids had taken on more household chores since the pandemic began last spring.

I suppose technically my household falls into that category. That my son lost his sheets along the way to his bed doesn’t change the fact that I wasn’t the one conducting this particular chore.

And while he’s not one of my kids, I do understand why my husband’s turkey call isn’t put away wherever one stores turkey calls. It sits in the cupholder, so he can practice his turkey calls at red lights.

There is a whole science and skill set to turkey-calling that we really don’t have to get into. I mean, ever. I’ll just say there are entire podcasts, webinars, and articles devoted to turkey-calling. And that turkey-calling is an excellent way to raise teenage daughters up out of bed.

It’s OK. She doesn’t really like us anyway. We might as well let that stock plummet with turkey- call alarm clocks.

Psychologists tell The New York Times having kids do chores improves their sense of competence. And it should come as no surprise that the more parents step in to assist, the better we feel. But the kids feel worse.

So can that be my excuse for not locating the missing sheets? I don’t want my kid to feel inadequate?

I guess that works.

I also won’t put away the turkey call, but not because I want my husband to feel confident in his ability to take care of himself. My days as his wife are numbered if that ever happens, especially after he reads this.

But I do want him to be a successful turkey caller.

Have I mentioned there are several types of turkey-calling devices? We have two stored on the office bookshelf, which, now that I’ve written that, makes me realize where turkey calls are stored in the offseason.

I’m also thinking now the thing in the car might actually be an elk or moose call.

One way to make kids more agreeable to chores is to make them seem, well, less like a chore.The Washington Post suggests explaining the value the chore has for the family unit, which is where I’ve gone wrong.

My approach is to show my kids how pretty a freshly-vacuumed carpet looks with its even lines and fluffy pile. And dusting! Dusting is so satisfying, especially when you get eye-level with the surface. You can really appreciate the gleam. And get the crumbs and fingerprint smudges you missed.

I think it’s safe to say no one in my house values these things. And that my mom now feels even worse about potty-training me so young.

The Washington Post also says parents need to be detailed about the chore’s outcome. And I am. It’s just that my definition of perfection is very different from the people who can’t throw away broken fishing rods and then shared that genetic code like it was the top-shelf liquor and not the house label.

As I write this, gazing at the UNO cards sitting on the end table since family game night last week, I am struck by how much turkey-calling and kids’ chores are alike in my head. Turkey-calling takes practice. So does letting kids do chores their way.

I am going to put away the UNO cards, though.

Don’t Shovel That Snow Just Yet!