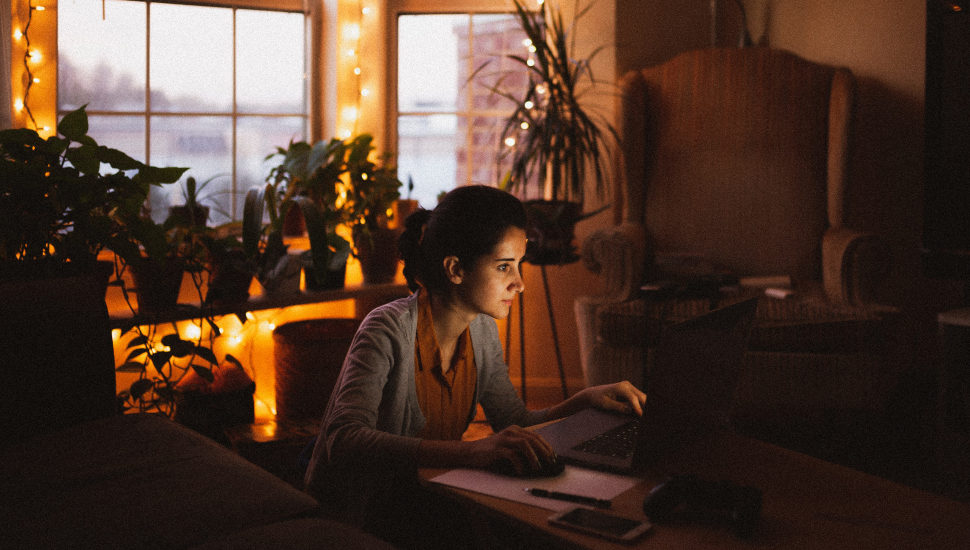 Let me be clear.

But we all know time spent outdoors is good for us.

And the Parenting Rule Book mandates we embrace outdoor time. Encourage it. Enforce it.

I have made a pact with my husband to get the kids outside more in the new year.

Two problems interfere with my adherence to our pact.

First, I am a true crime enthusiast. My husband finds it disturbing, but that didn’t stop him from listening, rapt, as I detailed a story from the latest rendering of Unsolved Mysteries.

There is a regrettable side effect to true crime devotion. Everyone is suspect, your husband probably isn’t who he says he is, and your kids are perpetually inches away from some grisly crime.

This video pretty much sums it up.

So I’m not a big fan of my kids being feral. I know statistics do not bear me out. I know I’m inflicting lifelong damage.

But did you read the book by Patton Oswalt’s wife? See Errol Morris’s documentary this fall? Listen to famed FBI agent John Douglas on The Preston & Steve Show?

I did. And I’m telling you you’re probably being followed.

The second problem is my kids’ screen time which, like kids the world over, has grown impressively over the last year.

Screen time is now, uncontrollably, a part of everything. School is via Google Meet. Hanging out with friends is conducted over FaceTime. Last week, I took my kids to the Pennsylvania Farm Show.

Depending upon your news source, the hostile takeover staged by your kid’s tablet is either killing them, just fine, or it is the fence separating the Hatfields and the McCoys – not the problem, but not the solution either.

On the terrifying end is The New York Times, which assures me my laxity in controlling screen time will result in hyperactive addicts with a range of illnesses I could have prevented had I just shut down the Wi-Fi.

The Boston Globe suggests the opposite. Not only am I raising tech-savvy brainiacs, but I should jump in on their Tik-Tok posts or Nintendo Switch games, as long as I am – oh no – still sending them outside.

Axios indicates my relaxed screen time rules are a universal byproduct of the pandemic. In the vein of “they can’t expel us all,” everyone has altered their screen time standards, so parents feel less guilty about it.

This all brings me back to the hike I so actively detest. It’s a freezing cold Sunday morning when my husband and I bundle our teenagers and dog to Nockamixon.

My fifteen-year-old daughter finds the time egregious. “Is this what we do now? Hike on Sunday mornings?” Because we have hiked exactly two Sundays in a row.

She and I have a serious need for a bathroom, all of which are locked because outdoorsy people have no hesitancy over peeing outside.

I don’t know why she’s unwilling. I won’t do it because I once saw an episode of LA Law where a character peed outside and wound up with poison ivy in a place that made underwear an impossibility.

I don’t use portable toilets either, but that’s just good common sense.

I’m trying to recall the last bit of civilization I saw from the car on the way to Nockamixon, a specific Venn diagram of a place whose bathroom I’m willing to use but who has no food my kids will want, food that will undo all of the health benefits of this walk.

I’m fantasizing about Starbucks when I spot the scat.

I didn’t know what scat was, not until I married an outdoorsman. Scat, if you don’t know, is wild animal poop.

I abhor being outdoors. But I really enjoy scat.

Scat is a lot like true crime. Scat leaves clues, just like every suspect on the Oxygen network. You know the culprit was a raccoon, not a bear, much the same way you know that executive’s disappearance is suspicious, not innocent.

There’s that much of a difference in animal poop.

You can also tell what an animal has been eating, like when the autopsy shows a last meal. And much like the coroner can determine time of death, you can establish how long the scat has been lying around by – yes – whether it’s still warm.

And obviously, my kids are not the only ones who need limits on screen time.

I’m not proficient at identifying scat. I can narrow it down to animals of a certain size, but that’s the extent of my skill. The scat on this particular Sunday is too big for fox, the architecture all wrong for deer.

I call over my husband. He is my outdoors guru, although I am cultivating more gurus. A girl can never have too many outdoors gurus because, you know, one of them is probably a serial killer. When he goes to jail, there goes your guru.

“It’s from a dog,” he tells me. “Someone didn’t clean up after their dog.”

Which is just disappointing in so many ways.

Once home, the kids challenge their dad to a round of Mario Kart – a clear attempt to erase the outdoors time. I feel defeated as the three retire to our playroom, where I have tacked a directory of scat identification to the wall.

Well, they can’t expel us all.