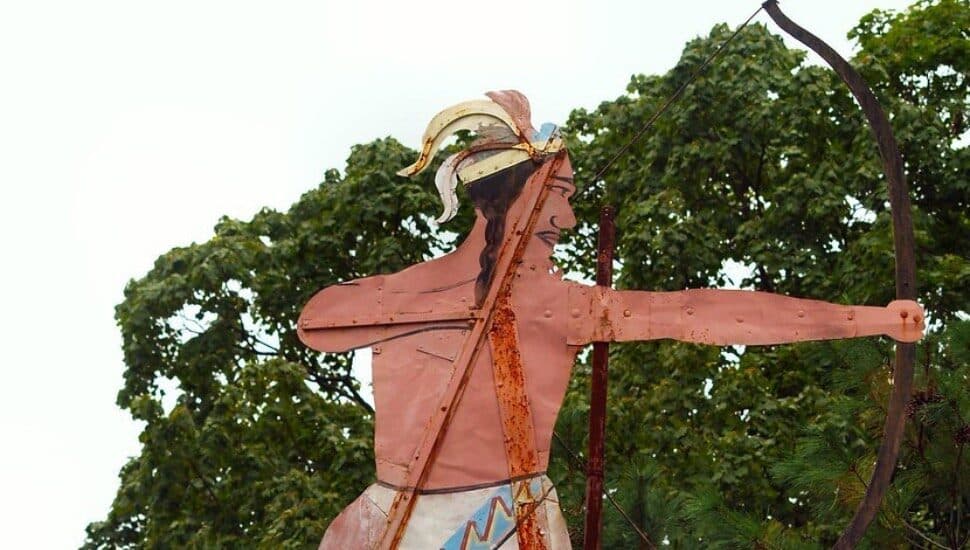 Image via Bucks County Now & Then
One the area's most well-known inns is partially named after an influential Native American leader.

The name of one of Bucks County’s most well-known inns has a very interesting history, and one local historian shared the namesake’s story. Bucks County Then and Now recently wrote about the name online.

The Logan Inn, located at 10 W Ferry Street in New Hope, was first established in 1727 as a tavern. Known for offering amazing food and wonderful drinks to people in and out of the Bucks County area, the inn is also known for its cozy atmosphere for those staying at the establishment. As with many local historical buildings, its name remains a mystery to many.

“Bucks County Then and Now”, a history page on Facebook, told the story of how the namesake for the inn comes from Logan, a Cayuga orator and war leader born of one of the Six Nations of the Iroquois Confederacy. His involvement in the Revolutionary War made him one of the area’s most well-respected, and mysterious, historical figures.

“It could not be further from the truth. In fact, it was named after Logan the Orator.”

Learn more about Logan the Orator at Bucks County Then and Now.