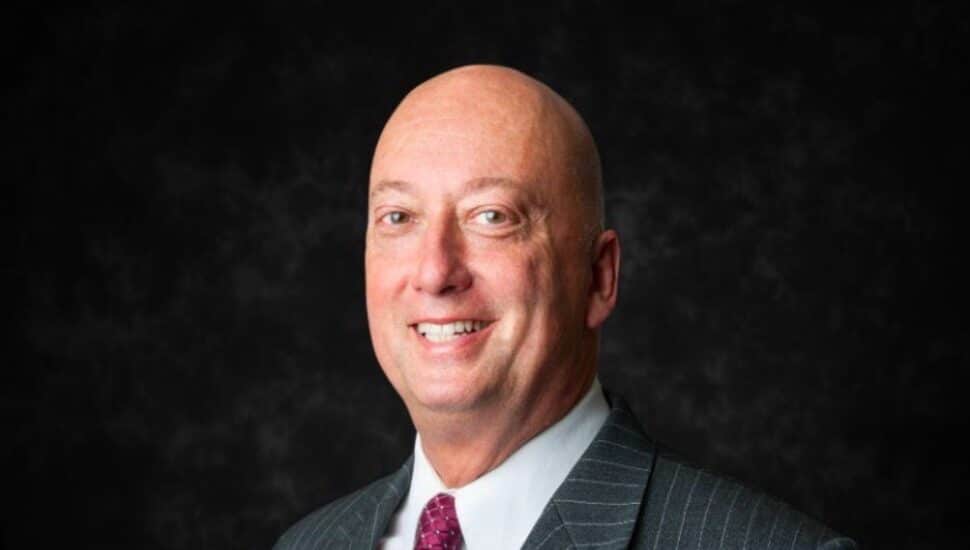 Image via American Heritage Credit Union
The company's President and CEO was recognized for his efforts helping those affected by the conflict in Ukraine.

The head of a bank with several locations in Bucks County was recently recognized for his contributions to those affected by war.

Throughout the year, Foulke spearheaded multiple local and global initiatives to support Ukrainian refugees as well as credit unions in Eastern Europe. In early March, Foulke completed his first humanitarian trip to Eastern Europe, where he saw first-hand the devastation caused by the war. He met with representatives of the National Association of Co-operative Savings and Credit Unions, Poland (SKOK) to provide counsel and aid to help resume operations and support those who had been displaced as a result.

During that time, American Heritage associates collected thousands of essential items and medical supplies that have since been distributed to civilians of Ukraine through a partnership with Ukrainian National Women’s League of America, Inc (UNWLA). High-demand items collected include first aid supplies, outerwear, non-perishable foods, toiletries, diapers, and baby formula.

During the summer, Foulke rallied credit union executives from the United States and Europe to establish The Polish American Credit Union Support Fund, raising more than $400,000 to help purchase and distribute ambulances and other medical transport vehicles to hospitals in Ukraine.

“I am devastated by the events in Eastern Europe and the number of lives it has impacted,” Foulke said.

“I felt it was my job as a global citizen to do my part, and I am thrilled that other members of the credit union movement have also stepped up to help support this cause. We are humbled to have this opportunity to help save the lives of children, pregnant mothers, and military personnel and support the efforts of those who continue responding to the call for help.”

Foulke completed his second trip to Eastern Europe during October, where he delivered two ambulances purchased through the support fund to Lviv City Children’s Clinical Hospital in Ukraine; The vehicles are now being utilized to transport refugees to Polish healthcare facilities.

“I am honored to have been named Credit Union Executive of the Year by American Banker,” said Foulke. “It is a privilege to be able to champion local and global initiatives, like the ones I have for Ukraine, which would not be possible without the support of our credit union community, our Board of Directors, associates, and our members.”