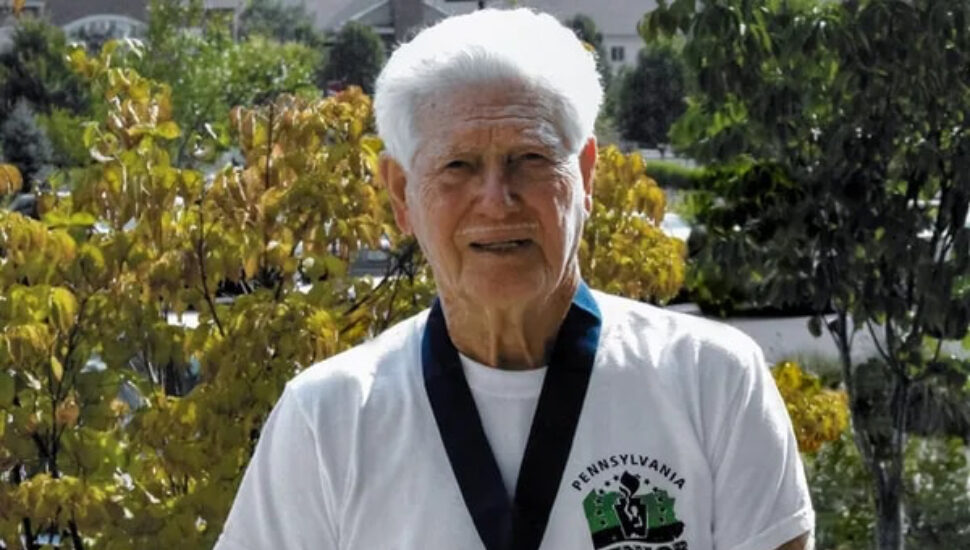 Image via The Philadelphia Inquirer
The Warminster centenarian lived an active lifestyle well into his later years.

A Bucks County resident, who had a career with a major news outlet, is being remembered for his tenacity and active lifestyle. Gary Miles wrote about the local resident and his life for The Philadelphia Inquirer.

George W. Scott recently passed away at the age of 101. A Warminster resident, Scott had a prolific career as a transmission engineer for Philadelphia’s WPTZ-Channel 3. Outside of this, he was an Air Force Veteran who kept active with running and sports well into his later years.

Keeping an active lifestyle saw Scott playing basketball, dancing, and running as a division track and field champion. With a love of sports, Scott didi these activities and more as he went on in age, something that kept him young and happy as he became a centenarian.

“He was a kind, even-tempered man who taught his children to treat everyone the same,” his son, Jeff, said. “He was quick-witted and had a knack for making people feel comfortable.”

Read more about Scott’s life that he lived to the max at The Philadelphia Inquirer.

Warminster Township Is Already Laying Out Plans For Snow Removal, Plowing This Winter