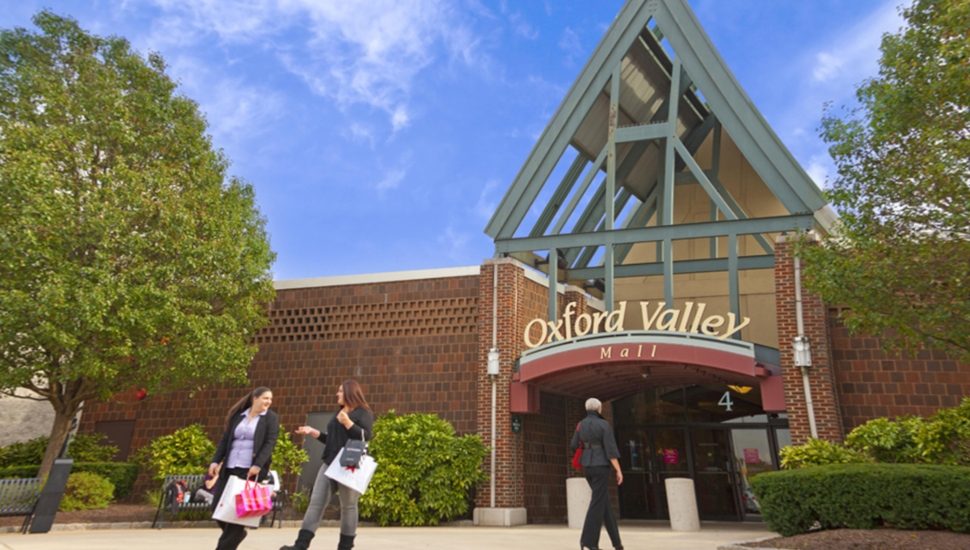 Image via Simon Property Group.
The new spots will be located near the poplar Oxford Valley Mall.

The location of a shuttered gym will soon be home to an array of shops and restaurants in Middletown Township. Peg Quann wrote about the upcoming shops for the Bucks County Courier Times.

Bally’s, a long-closed gym who’s building has been sitting in disuse, will see its building repurposed for two restaurants and two retail stores in the near future. Local supervisors determined that these new spots will give use to the unused space, which is in the vicinity of the popular Oxford Valley Mall.

While the plans for the restaurant have been discussed by both supervisors and developers, no official tenants have been named for the new locations.

“There are multiple tenants who have expressed interest,” said Ed Murphy, an attorney for a developer working with the township.

Developments for a drive-thru location, with pedestrian sidewalks, is also being discussed as part of the plans.

Read more about the new shops and eateries at the Bucks County Courier Times.

Doylestown Native, Central Bucks West Grad Has Historic Round At the Beginning of His College Golf Career