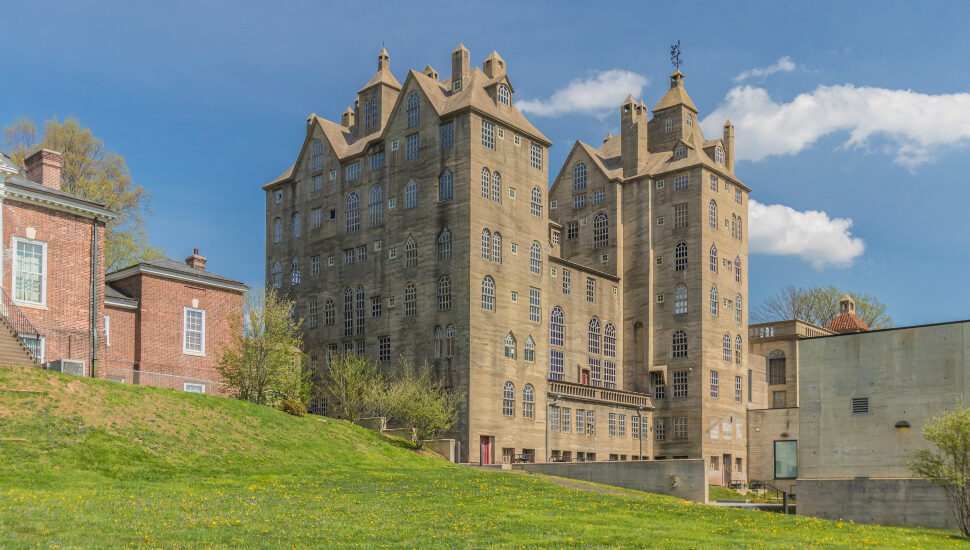 Image via Mercer Museum and Fonthill Castle
The museum and castle is allowing couples to use the grounds for their wedding day.

A popular castle that doubles as a museum will soon have its property revamped with much-needed add-ons and refurbishments. Bo Koltnow wrote about the Bucks County estate for WFMZ 69.

Fonthill Castle, a regal estate in Doylestown that also serves as the home of the Mercer Museum, will soon see a series of projects implemented in an effort to keep the castle running for local residents and visitors alike.

Earlier this month, Senator Steve Santarsiero secured $200,000 in state funds for the renovations to begin at the Doylestown estate. Those funds will now be used for the much-needed makeover of the estate, which was built back in 1912.

With use of the funds, the property will see new trails added, as well as an update to the castle’s water systems. A tent that has been used for some time will be replaces with a naturalistic community center, where avian enthusiasts can admire and study birds, a pastime of the museum’s namesake, Henry Mercer.

Read more about the plans for Fonthill Castle at WFMZ 69.