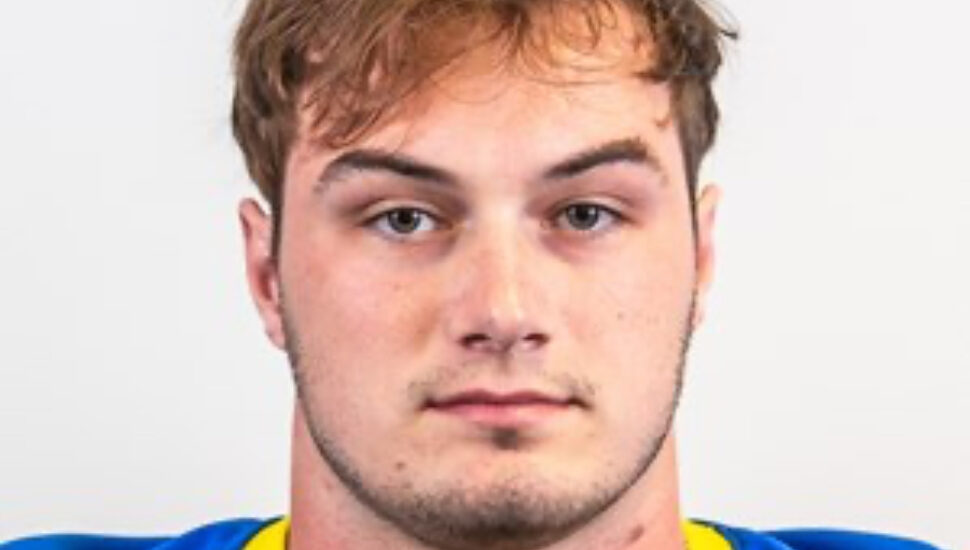 Image via University of Delaware Athletics
Drew Nickel's has overcome several injuries in order to continue playing for the Blue Hens.

A Blue Hen from Upper Black Eddy is returning to the field after recovering from severe injuries. Kevin Tresolini of Delaware News Journal wrote about the Bucks County native in the Bucks County Courier Times.

Drew Nickles, a Palisades High School graduate, is currently playing as a linebacker for the University of Delaware’s Blue Hens football team. After joining the team in 2019, he had two back-to-back seasons where injuries affected his game. Now, he has recovered and is looking forward to the upcoming season.

“I feel great,” Nickles said. “… I just gotta kick the rust off a little bit.”

Troubles with both his left and right shoulders and a pulled hamstring put a damper on his first few seasons with the Delaware college football team. However, his recovery proved successful, and now the linebacker is continuing his football career.

A business major at the Newark, Delaware college, Nickles is one of several Blue Hens to return to the field following injuries this season. The Bucks County native’s comeback story mirrors that of Markus Barnett, who returned to the field to play for Neshaminy High School following his own injuries.