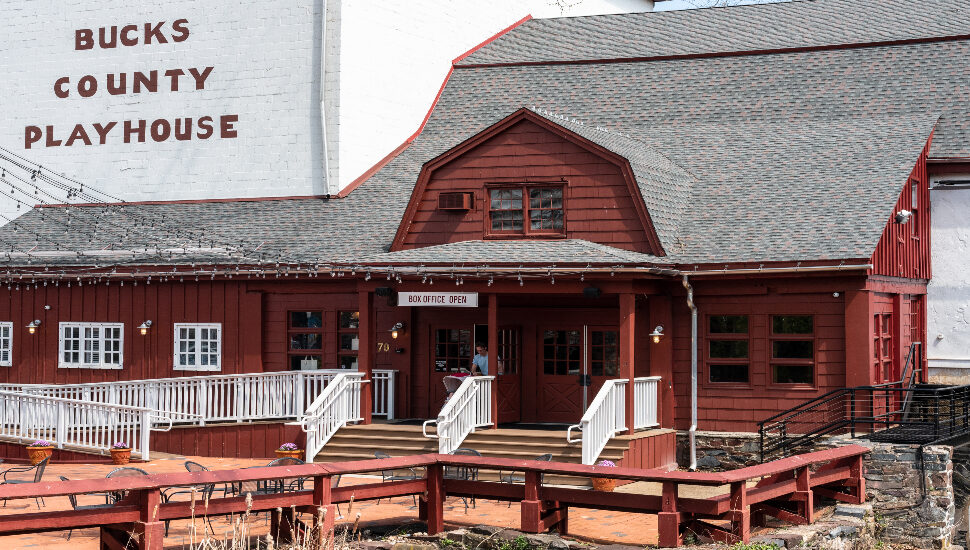 Image via iStock.
The Bucks County Playhouse originally opened in 1939.

Several well-known Broadway actors and artists will be coming to New Hope to partake in an upcoming production at the Bucks County Playhouse. Lesli Marchertia wrote about the upcoming show for the Bucks County Herald.

Randy Skinner, Anna Louizos and David C. Woolard, all Tony-nominated artists, will be partaking in the upcoming production of “Dames at Sea” at the Bucks County Playhouse. The musical will run at the New Hope playhouse from Aug. 12 to Sept. 11 as part of the famous stage’s comeback season.

The musical itself is a comedic tribute tot he golden age of Hollywood musicals; much of the aesthetic of the play is influenced by the productions of the 1930s. Skinner will direct choreography, while Louizos will oversee scenic design. Woolard will oversee costume design.

Actors Lesli Margherita, Daisy Wright, and Daniel Plimpton will act in the musical.

The Bucks County Playhouse, which originally opened in 1939, has been overseen by several different producers until closing in 2010. It was later purchased by the Bridge Street Foundation in 2012.

Tickets to the show currently cost $70 and can be purchased on the playhouse’s website.

Read more about the upcoming performance at the Bucks County Herald. Also, check out a previous article discussing the upcoming play season.