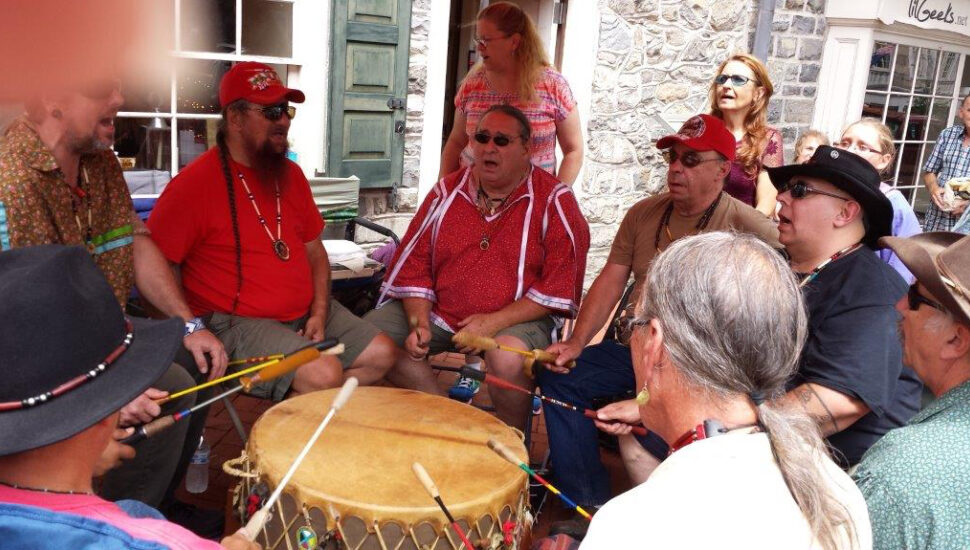 Image via Lenape Nation of Pennsylvania Cultural Center
The Lenape Nation's event seeks to bring recognition to their storied history in the Bucks County area.

The Lenape Nation made stops in Bucks County this weekend as part of its Rising Nation River Journey that aims to bring attention to its quest for official recognition. Damon C. Williams wrote about the Nation’s endeavor for the Bucks County Courier Times.

The journey started in New York. From there, the Lenape Nation members paddle and hike through and along the Delaware River. istThe quest culminates with the Lower River treaty signing in West Cape May, New Jersey.

“(The River Journey) brings so many important things together,” said Lenape Nation member Adam Waterbear DePaul. “First, it raises awareness about the Lenape people, which is so important to us because we’ve been so erased here.”

The journey also “brings together commitments to serve as good stewards for the environment, our homelands, and the Delaware River,” he added.

Pennsylvania is the only commonwealth that does not officially recognize indigenous people, including the Lenape Nation.

Unlike the state, Bucks County has officially recognized the Lenape people as being the first inhabitants of the lands that currently make up its boundaries.

Read more about the Lenape Nation in the Bucks County Courier Times.