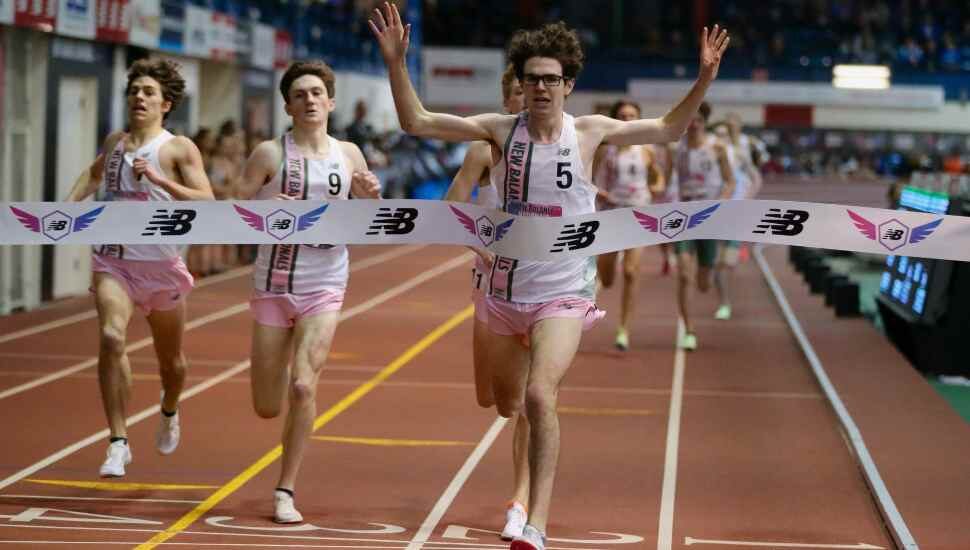 A record-setting athlete at a competition immediately following the standout performance can face an awful burden. Competitor and fan expectations are understandably high, ramping up pressure. But Archbishop Wood runner Gary Martin — who recently ran a state-historic under-four-minute mile — is taking a unique approach to his next appearance: the Bucks County Mile. Wayne Fish tracked the story for the Bucks County Courier Times.

Martin is planning to attend the June 26 mile run at Council Rock High School – North, schedule permitting. And if onsite, he may very well toe the starting line and take off with fellow competitors, according to race director Pat McCloskey.

But if the record-setting athlete tackles the course, it will be just for fun, McCloskey reported.

In fact, he and Martin have kidded about intentionally coming in last, enabling “everyone [to] say they ran a race against Gary Martin and beat him,’’ said McCloskey.

It would certainly be in character. Martin has a well-earned reputation for giving back to the sport by encouraging younger competitors and supporting teammates.

McCloskey characterizes Martin as “the nicest kid on the planet.”

Forget Running with Bulls; 11 Bristol Residents Are Walking with Clydesdales