Clydesdales, Accompanied by Bristol Residents, to Appear in Parade 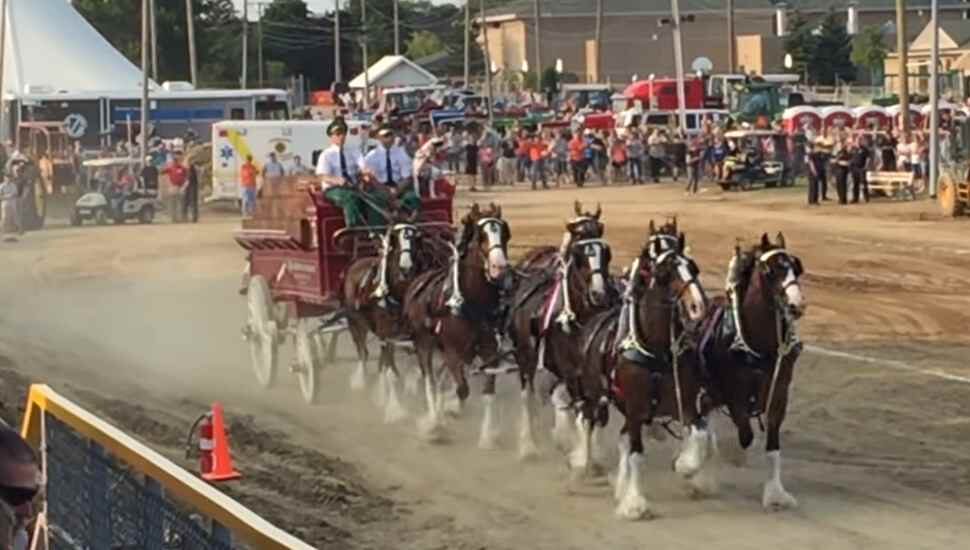 Image via Cindy Laduke at YouTube,
The Budweiser Clydesdales at a Michigan fairgrounds.

The iconic Budweiser Clydesdales are clomping their way through Bristol this weekend. John Foy horseshoed in the news of these extraordinary equines in an edition of the Levittown Patch.

The May 22 parade, which steps off at 1 p.m., was organized by Raising the Bar, a Bristol Facebook group designed to promote the borough as an engaging destination.

“The parade route will follow Farragut Avenue to Pond to Mill to the riverfront, where the horses will be on additional display before leaving,” posted Raising the Bar member Bill Pezza.

Moreover, 11 residents were chosen by lottery as winners of the honor to walk alongside the impressive animals:

It marks the first time the clip-clopping celebrities have been in Bucks County in almost six years. That former appearance was an eight-day visit with stops in Doylestown, Bristol, Richboro, Bensalem, and New Hope.

Clydesdales originated in Scotland, associated with the River Clyde, which runs through Glasgow. The distinctive breed’s U.S. popularity stems in part from their post-Prohibition ownership by the Budweiser brewery.

More on the parade is at the Levittown Patch.

Meridian Bank House of the Week: Equestrians with Even a Modicum of Horse Sense Will Jump at This Property