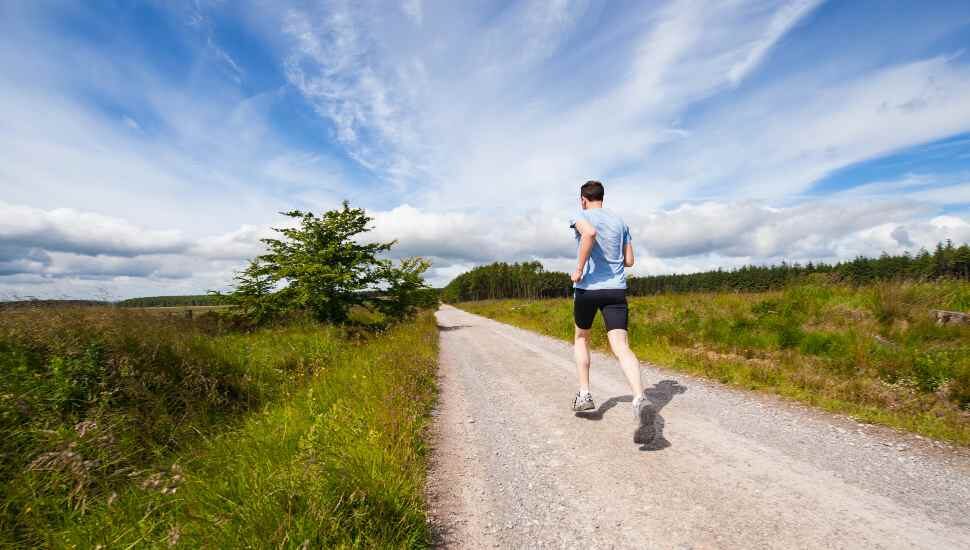 Image via Jenny Hill at Unsplash.
MS Run the US raises funds for multiple sclerosis patients and their families through a Calif.-to-N.Y. run in 19 segments.

Mike Knopp is taking his role as a cross-country runner very literally. He’s one of 19 runners covering the distance — relay style — from Calif. to New York.

His effort is part of the MS Run the US, the first and only event of its type. It raises funds for those living with multiple sclerosis.

Westward from there, runners are spanning each other, each covering one segment. The grueling challenge is likened to one athlete running one marathon a day for six days.

Knopp will take Segment 18 — the penultimate stretch — on Aug. 7. His assigned 148 miles will take him from Brookville (near Clarion, Pa.) to Sunbury (near Bloomsburg, Pa.).

“When I decided to run across America … my goal was to raise money and awareness for those with MS, like my mother,” said Ashley Schneider, event founder and president. “We’re still running and still making a difference ten years later.”

In addition to putting in the training time, participants also must amass $10,000 in donations throughout the year. Since the event’s 2010 launch, MS Run the US has raised more than $2 million to support those patients and families suffering from the disease.

Segment 19, the finale, belongs to runner Katelyn Gordon of Schenectady; she is scheduled to cross the New York City finish line on Aug. 20.

With Many Destination Marathons Sidelined, Bucks County Offers a Nearby Alternative