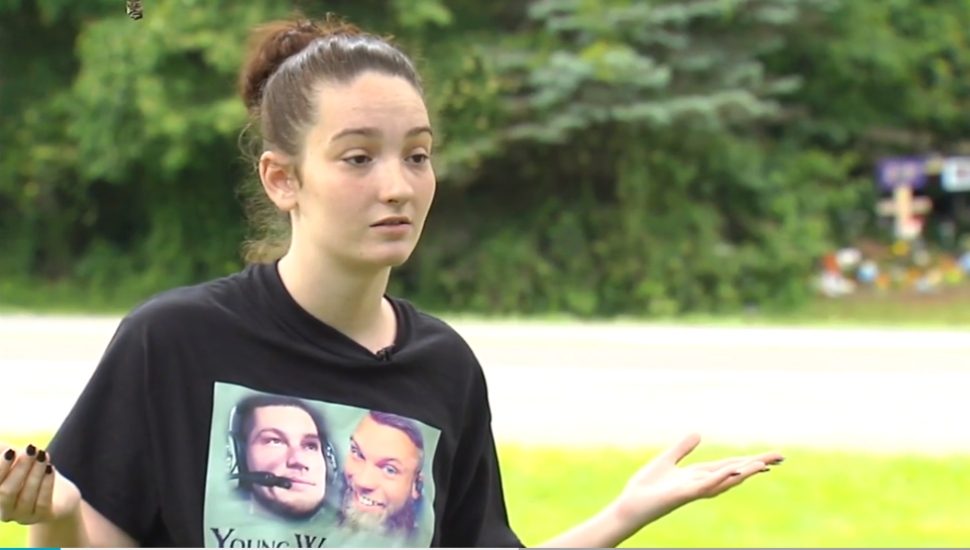 Megan McDyer is trying to ensure that her boyfriend didn’t die in vain. His tragic loss in a fatal accident on Mountainview Drive in Haycock Township has become her personal call to action. She’s advocating for better lighting around Nockamixon State Park, reports Joe Ducey for WFMZ 69 News.

McDyer’s boyfriend, Nicholas Barruzza, was a passenger in a Lexus sedan that was hit in what investigators theorize was a head-on collision with a Chevy Equinox. The accident, at 11:30 p.m. on June 4, took the lives of Barruzza and Michael Blackmon (the Lexus’ driver), as well as Samantha Garcia, a passenger in the Equinox. That car’s driver (name withheld) was airlifted to a Philadelphia hospital.

“I’ve heard a lot of the same stories, that there have been a lot of accidents and other people that have been hit along this road,” said McDyer, standing near an impromptu memorial on the roadway.

The lack of lighting is emerging as a likely cause of the accident. Weather conditions that night were calm and dry, according to police reports.

“If you’re not from this area, you don’t know this lane moves over and there’s a turning lane for the park,” McDryer said, describing the scene. “There’s nothing that illuminates that. We don’t know the details of the crash; I don’t know if a light would have changed anything.”

“It is just too dark,” she adds. “It’s too dark to be safe. For this to be a state park, that has the amount of visitors that it has every day, and people come night fishing, how is there not a single light anywhere?”

An online petition asking for a solution to the illumination issue on Mountainview Drive has more than 1,200 signatures.

More on this story — and the public advocacy that has arisen as its result — is at WFMZ 69 News.