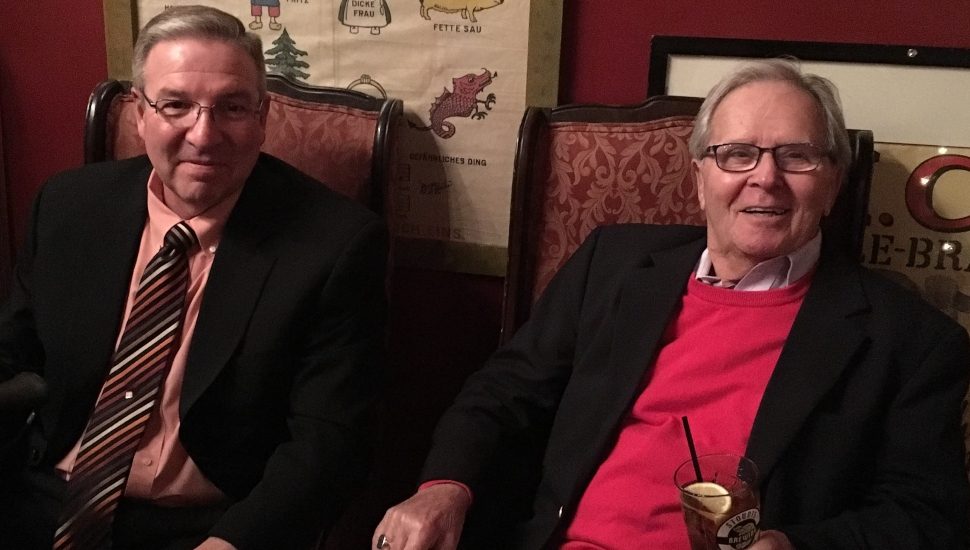 When a company in Reading needed working capital to sustain its fast-growing business, Meridian Bank restructured its financing. Since then, the company has become a world leader in its industry, and its president was able to achieve his goal of owning the business.

If you’ve ever driven through a construction zone guided by a portable traffic signal, instead of human flaggers, you have Dave Krahulec’s company to thank. Krahulec is owner of Horizon Signal Technologies, the business that created and now controls 70 percent of the market for portable traffic signals on three continents.

“Horizon started in 1989 with three people and a good idea,” said Krahulec, who gradually ascended the company’s org chart after joining it in 2001 as a Regional Sales Manager in the Midwest. “A lot of temporary traffic control applications had to bring in power and put up poles and lights, or else human flaggers were used to control traffic. What we did was bring to the market a portable unit that was battery-operated and solar-charged. And because of this, we were able to get flaggers out of the work zone, improve traffic flow, and create a safer work zone.”

As the business grew, however, the need for cash flow to fund overhead, inventory, and a new rental division caused the company’s board to seek help in acquiring a cash infusion.

“We got into a situation where we were ready to take advantage of all the work we put in but lacked funding,” said Krahulec. “We were undercapitalized.”

“I’ve worked with Horizon since it was founded,” Myers said. “It’s such a great company – it does so much good in protecting people’s lives, since so many flaggers are hurt or killed in the line of duty. Dave wasn’t happy with the bank they were working with and asked me for a suggestion. I told him, ‘There’s only one bank I know of that can work with you and can meet the cash needs you’ll have as a growing company.’ I have relationships with a few of Meridian Bank’s principals, and they’re good people who give full attention to their clients’ needs.”

Myers’s recommendation marked the beginning of a highly successful relationship between Horizon and the Malvern-based bank.

“Horizon was growing, and capital got a little bit tight, which is the nature of growth,” said Geoff Sheehan, Senior Vice President of Commercial Lending at Meridian. “We met them and were encouraged. We liked the product, the technology, and the management, and when we got to work, we restructured their finances to free up working capital. That allowed them to accelerate their growth and work on the backlog of inventory they had at the time.”

Krahulec remembers his first meeting with Meridian as an indication of how the bank cared not only about new business, but about a chance to develop a relationship that would guide the current and future needs of Horizon.

“With Meridian, we could tell instantly it wasn’t a business transaction, but more of a relationship to help us take advantage of all our opportunities,” said Krahulec. “It wasn’t so much of ‘How much do you need and how much of an interest rate can I get from you?’ but ‘How can we help solve your problem?’ The work they did really put us on the map and got us going. Our sales have doubled since that time, and we’ve never looked back.”

According to Sheehan, bankers sometimes like to talk only about different types of loans with their clients.

“We talked about cash flow, the balance sheet, growth, and where he wanted to go in the future,” Sheehan said.

The future was definitely on the mind of Krahulec as minority owner with an agreement to acquire more of the company. He turned again to Meridian, this time being introduced to Vice President of SBA Lending, Paul Avery, for financing to gain a 51 percent share of the business. And when Krahulec’s partner passed away last year, Meridian helped him navigate through the SBA loan process once again in a way that saved thousands of dollars in fees and enabled him to realize his long-term goal of being sole owner.

“We had talked about his plan over time to buy the company, so on the horizon, there was a gigantic need for cash,” said Sheehan. “Every single decision we made over the years was structured knowing that the day was going to come when he wants to do that, and we wanted to preserve his ability to do that. When the timing presented itself, it was just a great story. From the beginning, this was the ultimate goal of his, and we helped him become the owner of the business.”

“They have been phenomenal all along the way, and I consider Meridian a partner in my business,” said Krahulec. “It’s like you have an advocate working for you on the inside and always thinking how they can help.”

Sheehan credits Krahulec’s transparency and open line of communication – qualities he likes to see in any client – with making the bank’s job of supporting the business through its fast-paced growth easier.

“In this day and age, when everything is behind computer screens and e-mail, people forget that having a good, strong banker relationship is critical for the business.”