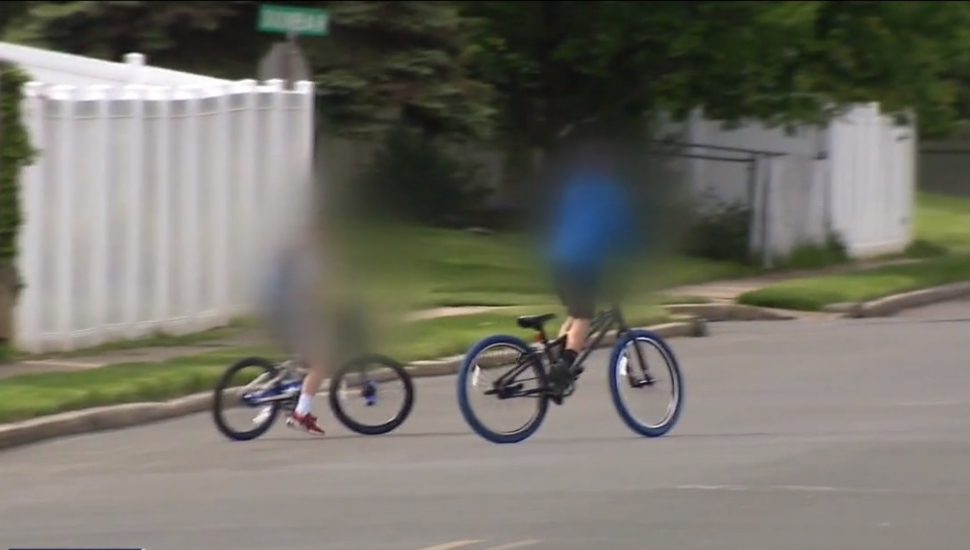 But it also means an uptick in a dangerous form of stunt-bike riding among teenagers. Bensalem police are cracking down on the risky riding, reports Shawnette Wilson for FOX29 News.

She and her neighbors see this two-wheeled fad (called ‘chicken’ here, other names elsewhere) as an accident waiting to happen.

“[I’m just] driving down the road and they’re riding in front of me lifting wheelies, giving me the finger, saying some curse words…. And I’m like really?” said McNish.

She is especially worried about liability, should she accidentally hit one of these show-offs.

“If you do this in Bensalem and someone takes your picture, then smile. Because you’re on Candid Camera. And you’re going to get a citation,” said Harran.

Using the tips over the past weeks, police have cited eight riders. Fines range $25 to $200+.

More on this dangerous pastime is at FOX29 News.

See Which Croydon Bike Shop is Among Best in Region