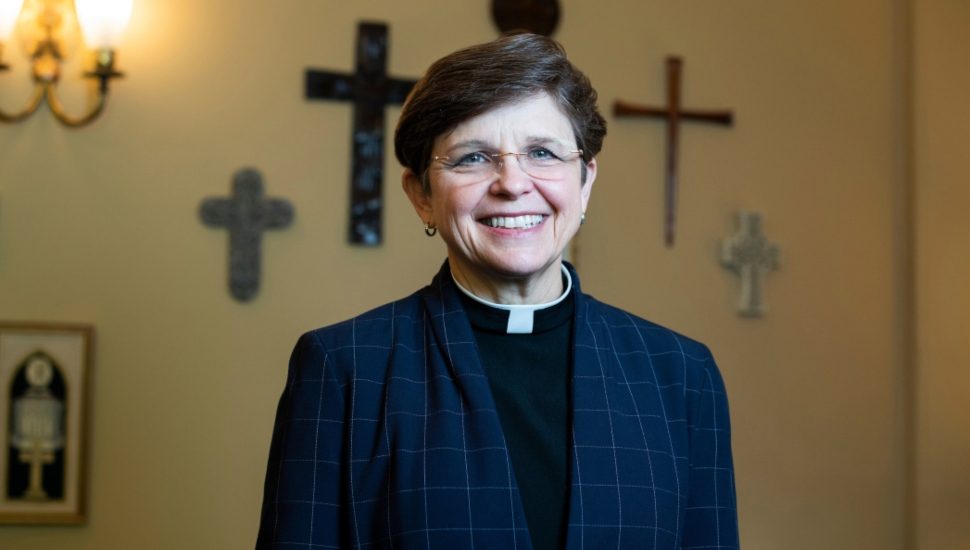 Yes, she was there at the January 6 attack on the U.S. Capitol. In fact, it was her third day on the job as Chaplain of the U.S. House of Representatives. Yet Margaret G. Kibben deftly stepped into the fray to calm fears, reports Chris Cioffi for Roll Call.

“Would you pray with me?” she asked, taking the podium as a violent mob thronged the hallways of the Capitol.

She then invoked heavenly protection to “…defend from those adversaries both foreign and domestic, outside these walls and perhaps within these chambers, who sow seeds of acrimony to divide colleagues and conspire to undermine trust in Your divine authority over all things.”

Kibben grew up in Warrington with a family of active and devoted Presbyterians. She felt the call to ministry relatively young, at age 14. Kibben went on to graduate from Princeton Theological Seminary and entered active duty through the Navy’s Theological Student Program.

Her active service included ministries aboard ships, an Afghanistan deployment and elevation to the rank of rear admiral.

While the crisis of January 6 brought memories of combat zones flooding back, most days aren’t like that. In her new job she acts mainly as a facilitator.

Her theology of ministry is to “…love people where they are, as they are.”

That outlook hasn’t changed throughout her career, she said. “Just the environments.”