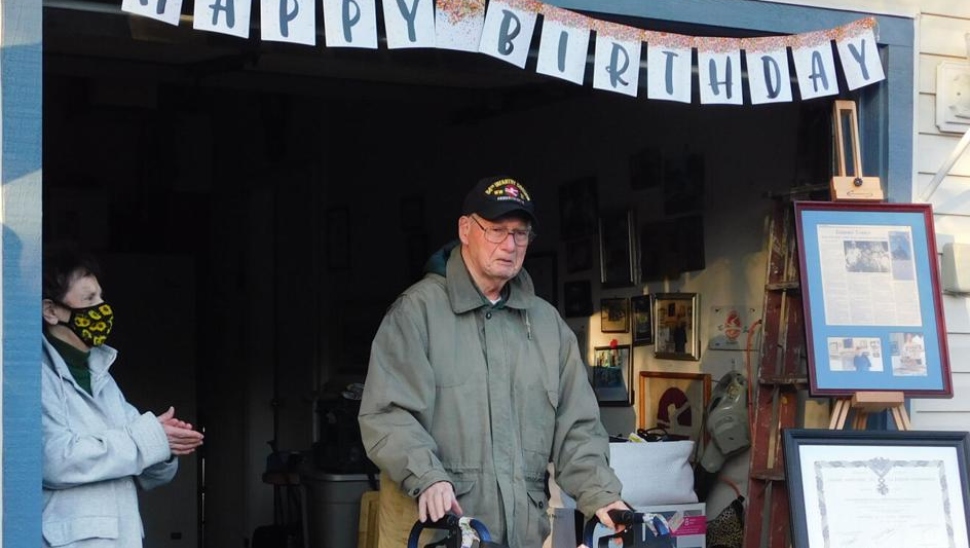 Ed Torres emerged from his Lower Makefield garage to find his driveway crowded with well-wishers who immediately shouted “Surprise!” and broke into song. The color scheme of the party was decidedly red, white and blue, and members of a nearby VFW Post held congratulatory signs.

Among the well-wishers was State Rep. Perry Warren, who presented Torres with a citation from the Pennsylvania House of Representatives. It recognizes him for serving his country with “honor and distinction” and congratulates him on “the momentous occasion” of his 95th birthday.

Torres was only 18 in 1944 when he was sent to fight across the battlefields of Belgium and eastern Germany. An ankle wound netted him the Purple Heart; his bravery and diligence earned him additional honors, including the Bronze Star.

Post-war, he settled into an accounting career in Bucks County.

Torres seldom misses a Memorial Day or Veterans Day observance or parade. He is among the few World War II Veterans still alive to share his first-hand experience.

As for his 95th birthday wish, that hasn’t changed over the years: “Good will toward mankind and peace on earth,” he says.