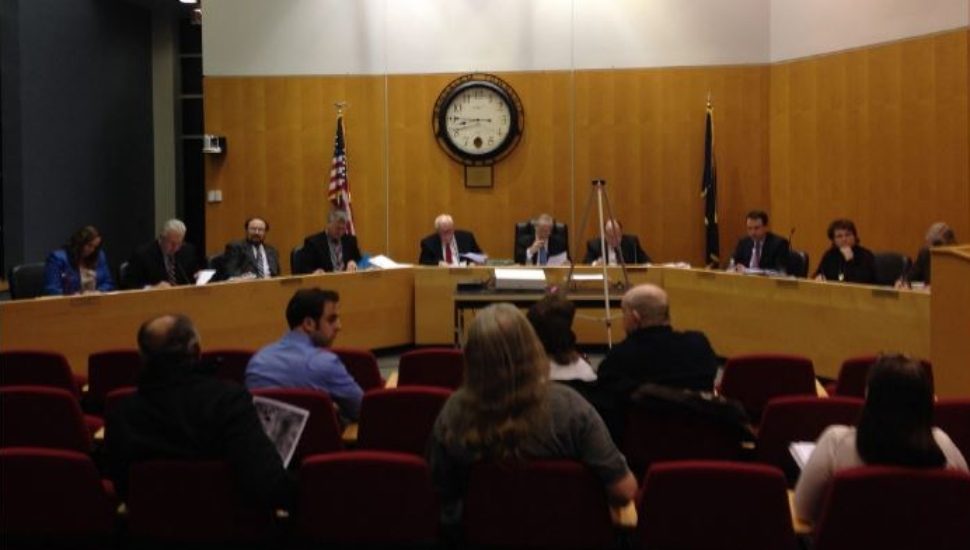 Image via Lower Bucks Times
This Bensalem Township Council meeting was held before the mask mandates of COVID-19 were necessary.

All politics is local, so the saying goes, which may explain some of the ongoing D.C. disfunction, where it’s easier to battle politicians you barely know. But as Julia Terruso noted for The Philadelphia Inquirer, when a municipal council member is also your neighbor, contentious issues get deftly sidestepped in favor of initiatives that everyone can agree on.

Large, partisan issues — gun control, healthcare, immigration — are beyond the scope of municipal town councils. So most prefer to concentrate on the backyard issues that are not only in their purview but that they agree on.

In other words, Let’s end the debate over vaccines and instead vote yea to fixing potholes or purchasing a new fire truck.

Despite a 3-2, Republican-Democrat mix, its council manages unanimous votes on initiatives like installing lights on a girls’ softball field at Bensalem Community Park. But it shies away from backing certain groups or voicing a stance on a particular issue.

“We have state representatives and congressmen … and that’s what they should do.” Councilman Joseph Knowles stated.

For more on how local councils tread lightly on certain issues, read The Philadelphia Inquirer.