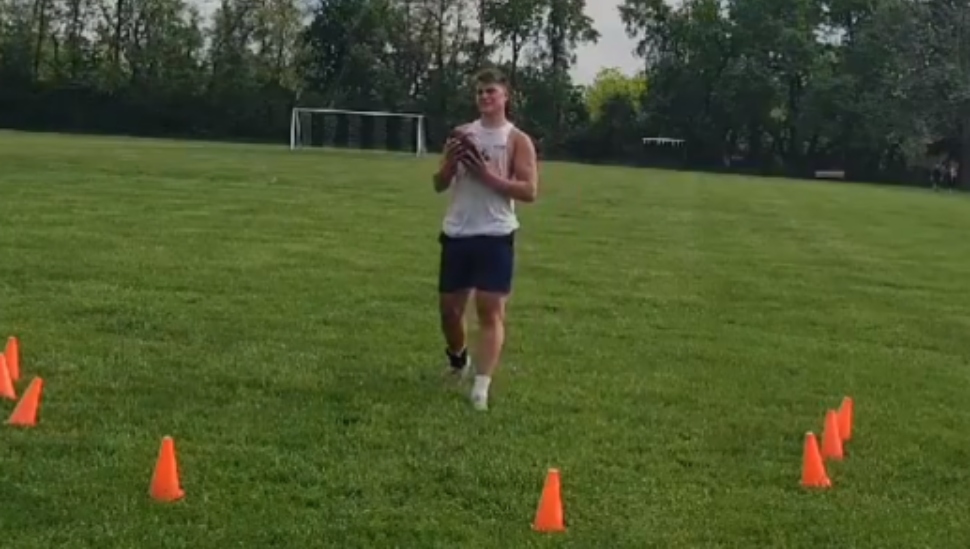 The University of Pittsburgh Panthers recently made an offer to 2023 linebacker Phil Picciotti of Pennridge High School, Perkasie. Two decades ago, the school landed his uncle, Dustin Picciotti, a fullback. Mike Vukovcan covered the familial connection for PGH Sports.

Phil’s coach told him prior to a workout that Panther Coach Cory Sanders was on the phone. “He [Sanders] started telling me about Pittsburgh, what he liked about my film and why they decided to offer me,” Phil remembered.

“He told me that I look like a typical hard-nosed, hit-you-in-the-mouth middle linebacker. They liked my length and the way that I’m able to move on the field.”

Dustin Picciotti, Phil’s uncle, was the No. 1 ranked fullback in the country and one of the top 120 overall players ranked nationally. Pitt took him in 2000, right out of Central Bucks West, Doylestown. A concussion unfortunately cut his collegiate football career short.

“I’ll be honest, I really like to hit people,” said Phil. “Whoever has the ball, I’ll hit them. I believe I have good vision on the field. I can move.”

His summer will comprise college visits to map out his next move.

More on the Picciottis is at PGH Sports.