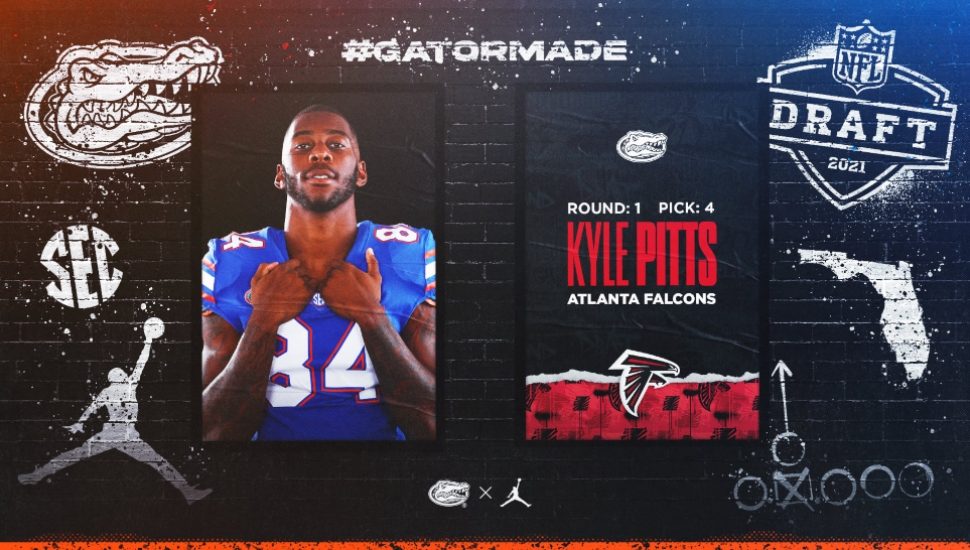 Kyle Pitts will take the field on the September 12 Atlanta Falcons football season opener wearing red and black. But he’ll have to tamp down enthusiasm for the opponents in white and green.

Atlanta’s new tight end played at Archbishop Wood. He told Good Morning Football, “I definitely did grow up an Eagles fan. The year with Mike Vick, LeSean McCoy, D-Jax (DeSean Jackson), that was my favorite year. I loved watching their games, going to their games.”

Pitts might have landed at Lincoln Financial Field permanently if the ins and outs of the NFL Draft had gone differently. But when the Eagles traded its No. 6 pick before trading down, it was not to be.

Pitts wasn’t available. The Falcons had already swooped in, nabbing him at the No. 4 pick.

That shuffle may come back to bite Philadelphia.

The Falcons now have a weapon that CBS Sports ranked as the biggest immediate impact player.

NFL Network’s Lance Zierlein cited Pitts as a “…rare blend of size, athleticism and ball skills.” He noted that the fledgling Falcon has a chance to become the biggest game-changer in the 2021 NFL Draft.

More on Pitts playing an opposing team that he once followed is at 24/7 Sports.