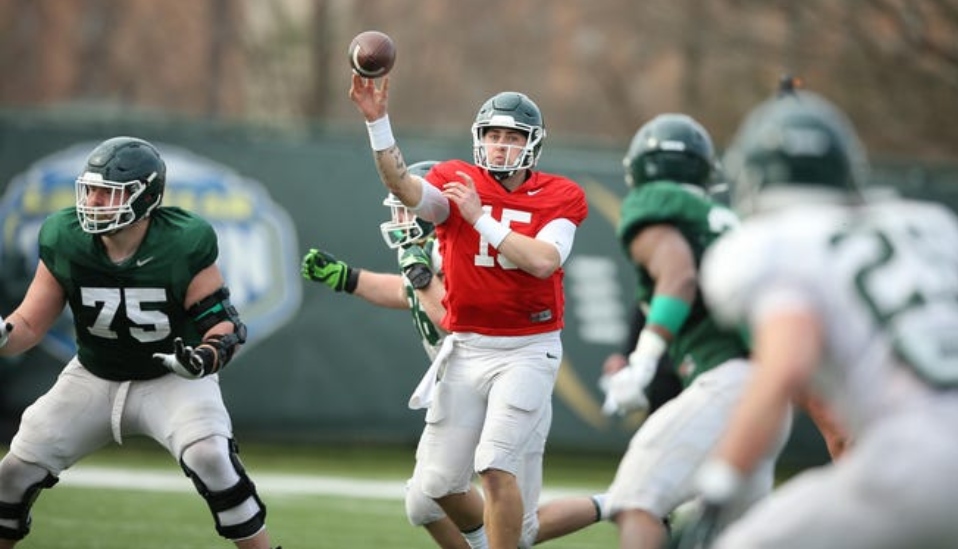 Anthony Russo’s five seasons quarterbacking at Temple kept him comfortably in contact with his Doylestown family, But when things were getting too comfortable, he passed on playing with the Owls. He’s now at Michigan State, and McLain Moberg for Sports Illustrated Fan Nation explains why.

It was a “no brainer” decision, according to Russo himself.

“My main reason for leaving Temple was I didn’t feel that I was progressing both on and off the field as a quarterback,” he said. “I don’t think I was where I needed to be.”

After announcing his intent to transfer on Dec. 3, the 6-foot-4 signal-caller heard from a few universities; however, he recognized MSU’s pro-style offense as a steppingstone to his ultimate career goal: the NFL.

“I think the biggest thing that I’ve learned through being in a couple of different quarterback competitions is just to focus on you. You can’t control how other guys practice, what they do,” Russo observed. “All you can control every day is how hard you work, how well you prepare, your attitude, your energy that you bring to practice.

“Those are all things that you have control of every single day.”

More on the football career of Archbishop Wood alum Anthony Russo is at SI Fan Nation.