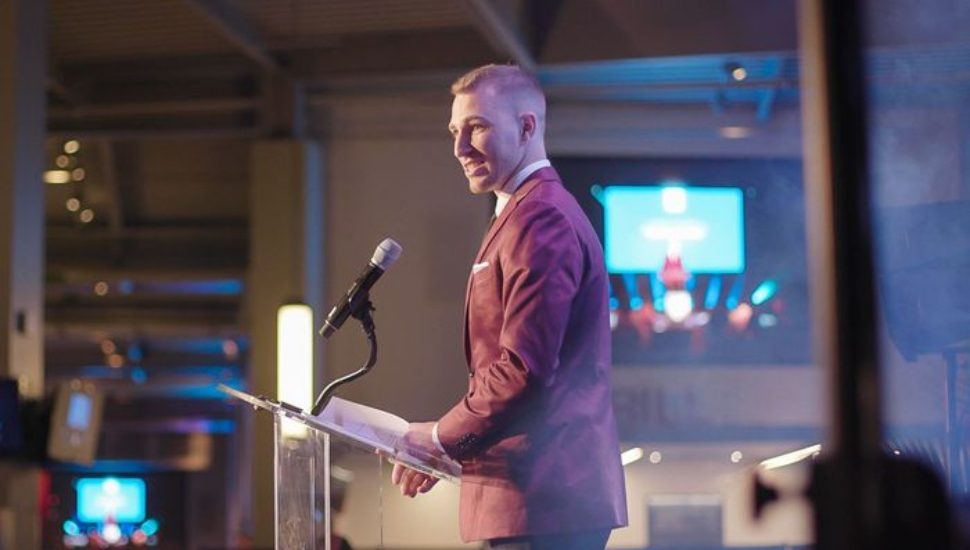 Image via Rob Long at The Philadelphia Inquirer.

Rob Long was a Syracuse University star punter being actively recruited for the NFL draft, reports Kevin Riordan for The Philadelphia Inquirer.

But before his shot at turning pro gelled, he was hit with a rare form of brain cancer. It flagged his NFL dreams.

A diagnosis of anaplastic astrocytoma — malignant tumors on star-shaped brain cells — sacked Long’s chances to advance in the 2011 NFL Draft.

More than that, it threatened his very existence. Life expectancy for patients like him was generally three years.

“When I was in that exam room … and I received that diagnosis, I was lucky there was [treatment] they could try,” said Long. “They could do that because time, money and effort had been spent.”

As head of Uplifting Athletes in Doylestown, Long works to supply grant funding for esoteric medical maladies that generally lack public attention and big donations. About 95 percent of them do not have FDA-approved treatments available.

“I do not take any day for granted,” Long commented. “Every day I am able to get up and dress myself and go to work is a great day.”

More on Rob Long and his fundraising organization is at The Philadelphia Inquirer.