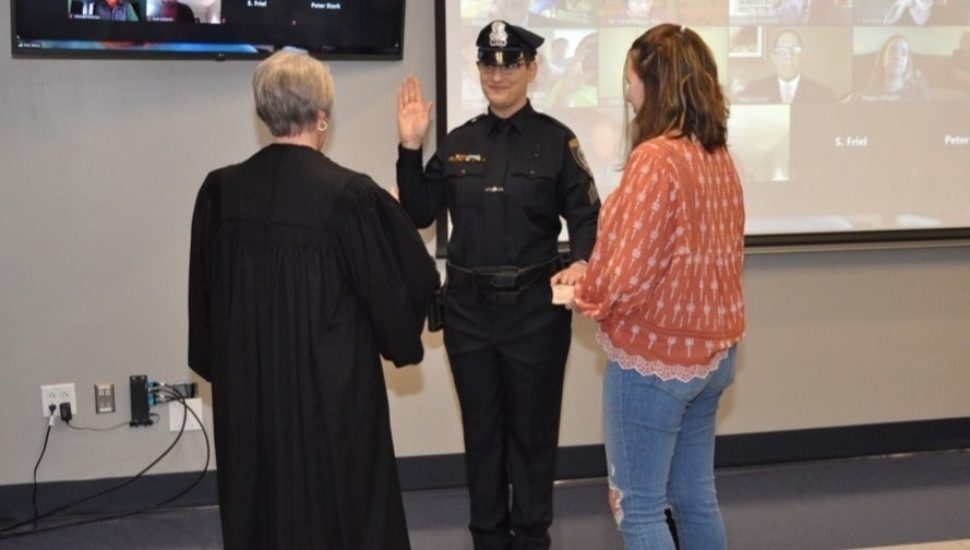 Image via Warrington Township Police Department.
Sergeant Bloomingdale is sworn in by the Honorable Jean Seaman while Bloomberg's daughter witnesses

In earning the promotion to the rank of Sergeant, Jessica Bloomingdale has broken a Warrington Police Department glass ceiling that has been in place for its entire 50-year existence.

Bloomingdale is a 2003 graduate of the Delaware County Police Academy. Her career on the force in Warrington started in 2005.

Four years later, she made detective; after that, she advanced to the Bucks County Critical Incident Stress Management Team. This team consists of peer support personnel who help first responders deal with traumatic events faced while on duty.

“Sergeant Bloomingdale has worked very hard for this well-deserved promotion and has clearly demonstrated her potential to do great things for the department,” said Warrington Township Police Chief Daniel Friel. “I wish her great success and look forward to working with her in her new role.”