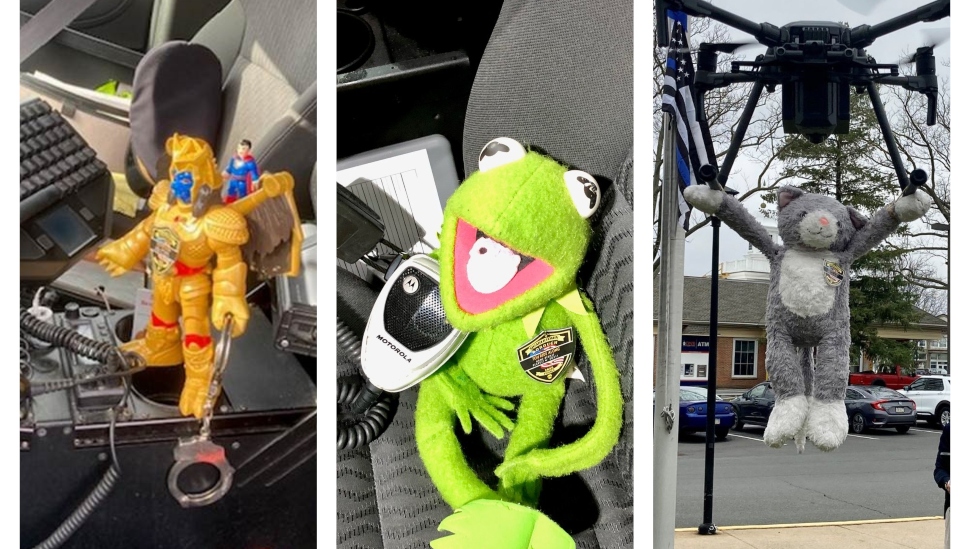 Quakertown Borough Police Department’s 22 new recruits were volunteered to assist with law enforcement, and during that time, they rode with officers, handled paperwork and swung into action. What’s unusual is that this patrol was made up entirely of playthings, reports Jamie Stover at WFMZ.

The criminal justice/cartoon star mashup was the idea of Ashton Miller, coordinator of the Quakertown Department of Parks and Recreation. She saw it as a way of building bridges between the borough’s youth and families and its police force.

Local kids were asked to donate a toy for a week, during which the men and women in blue would incorporate the action volunteered figures, robots and stuffies — one was a huge plush chicken — into their daily routines, as opportunity and safety measures allowed.

“It was a brilliant idea,” said Chief Scott McElree. “It took a brave child to give up their favorite toy for the whole week.

“The goal of it is to really improve the relationships between the police department and the children of the community,” he continued. “And, of course, when you improve that relationship with the child, hopefully you also do it with their parents.”

After their stint on the street, the toybox troopers were returned safely home with a badge and a mugshot.

For more on this story, see the coverage at WFMZ.