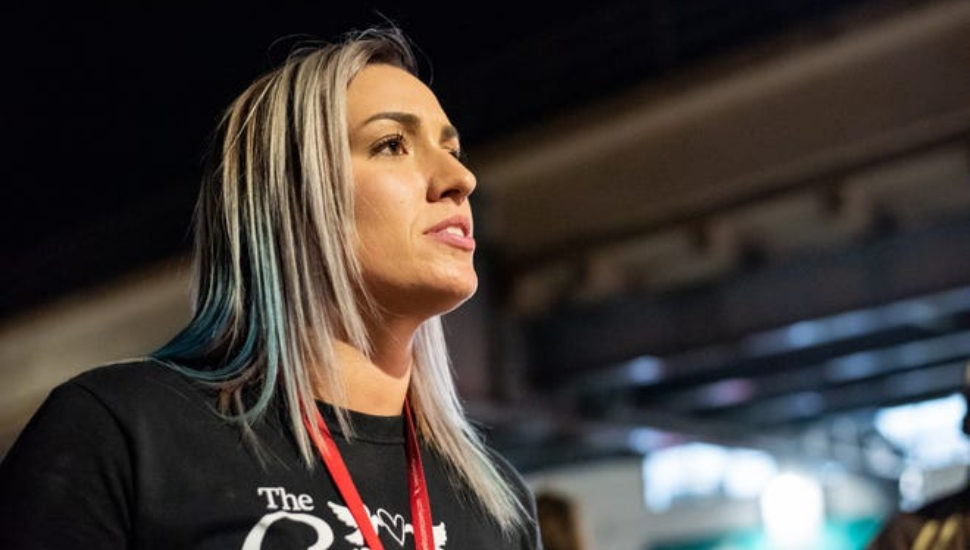 Image via The Intelligencer.
Megan Cohen, a Central Bucks South High School graduate, has returned to the streets of Kensington she was once desperate to escape to offer help and hope.

Each week, Megan Cohen, a Central Bucks South High School graduate, returns to the streets of Kensington that she was once desperate to escape to offer help and a glimmer of hope to those who are struggling with addiction, writes Marion Callahan for The Intelligencer.

Cohen was able to fight her way out of addiction after three chance encounters that provided her with much-needed help and support, restoring her faith in humanity.

Two years later, in recovery and reunited with her family, Cohen is hoping to provide the same push for other people through her nonprofit, The Grace Project.

She returns to streets made worse by the pandemic bringing food, clothes, and blankets, along with her own story of recovery.

But she is not doing it alone. Her mother, Jennifer, and dozens of supporters have rallied behind her cause to help people facing obstacles in life, whether it is addiction or something else.

The aim is to “show grace and bring hope to those in need,” said Cohen.

Read more about Megan Cohen at The Intelligencer here.