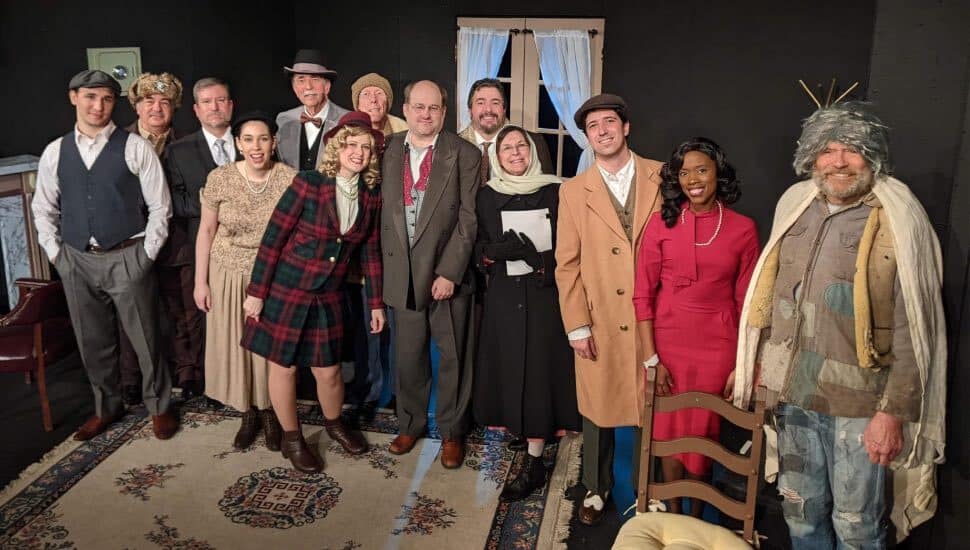 Image via ActorsNET
The performances will begin later this month, with nine total shows scheduled.

A Bucks County theatre will be putting on a play by a well-known playwright later this month, and local residents are gearing up for the performance.

The ActorsNET of Bucks County, a performing art theatre located at 635 North Delmorr Avenue in Morrisville, will be hosting a performance of Edward Albee’s “A Delicate Balance” starting on Jan. 27 and ending Feb. 12.

The performances will be held every Friday and Saturday at 8 PM and every Sunday at 2 PM.

Albee, who passed away in 2016, was also known for his plays such as “Who’s Afraid of Virginia Woolf?” and “Three Tall Women”. His play that the Morrisville group is putting on won him a Pulitzer Prize in 1967, one year after its debut.

“Wealthy, middle-aged couple Agnes and Tobias have their complacency shattered when Harry and Edna, longtime friends, appear at their doorstep,” the performance center said online.

“Claiming an encroaching, nameless ‘fear’ has forced them from their own home, these neighbors bring a firestorm of doubt, recrimination and ultimately solace, upsetting the ‘delicate balance’ of Agnes and Tobias’ household.”

Learn more about the performance at ActorsNET.com.