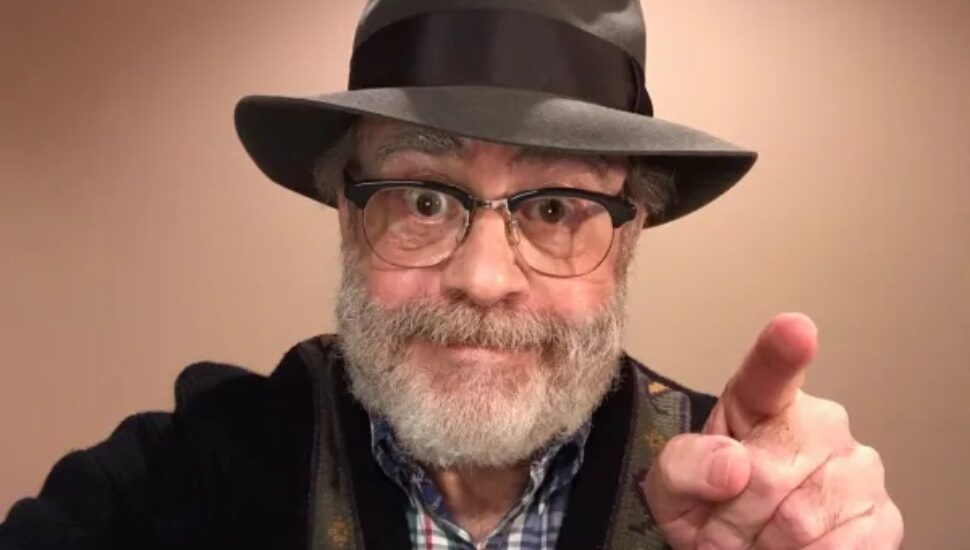 Image via Joel Gibbs
The local actor is telling funny stories through one of his most original characters.

A Bucks County resident has recently put together a one-man show that tells an important part of his incredible backstory. Jarrad Saffren wrote about the thespian for the Philadelphia Jewish Exponent.

Joel Gibbs, a Newtown resident, recently put on his one-man show “Meet Sol Krupnick”, at KleinLife in Northeast Philadelphia, with about 200 friends and family members attending the debut show. The namesake character is a culmination of all of his previous acting gigs.

Gibbs describes the show as “an on-stage, theatrical, one-man-show” about a “Jewish kibitzer of undetermined (old) age who shares fun stories about his crazy family, tells classic jokes and offers ‘unique’ observations about the world around him.”

A longtime congregant at Shir Ami in Newtown, Gibbs has brought his acting talents to the area and beyond with shows such as these. Offering stories for all to enjoy, his new show is bound to bring laughs and serious thoughts to those that love the arts.

Read more about Gibbs’ play in the Philadelphia Jewish Exponent.