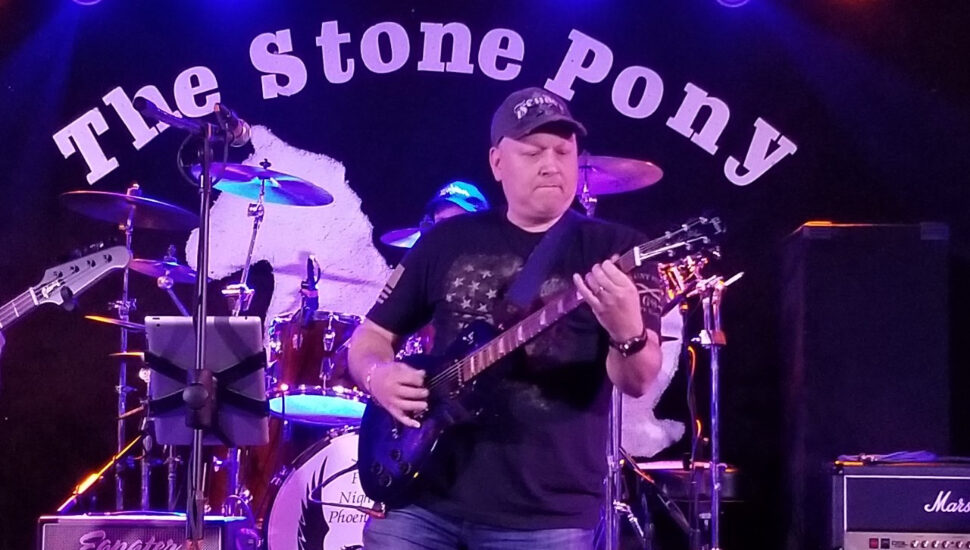 Image via Group G Partners
The local firefighter will take the stage on Sept. 10.

The Assistant Chief of the Ivyland Fire Department’s Station 62 will take the stage to rock out for the area’s 150th birthday.

When he isn’t fighting fires, James Cantore can be found singing and playing guitar for Friday Night Phoenix, a tri-state area classic rock band. On Sept. 10, his group will take the stage for a free benefit concert in the small Victorian borough of Ivyland. The concert will held to raise funds for the area’s birthday celebration.

A native of Staten Island, New York, Cantore got his start in music back in the early 80’s. During this time, he had a role in a touring production of the Sound of Music with renowned opera singer Roberta Peters and movie actor and performer Theodore Bikel.

Moving to Ivyland back in 2016 after years in the law enforcement field, Cantore continued his love of music. His band has performed throughout the local area and even made their way onto big stages, including The Stone Pony in Ashbury Park, New Jersey.

Come this weekend, Cantore’s group will play classic rock favorites at Ivyland Commons Park, located in the heart of Ivyland borough, to further support his community with fun and music.

Bucks County Organization Will Give You $1,000 for Your Donated Vehicle