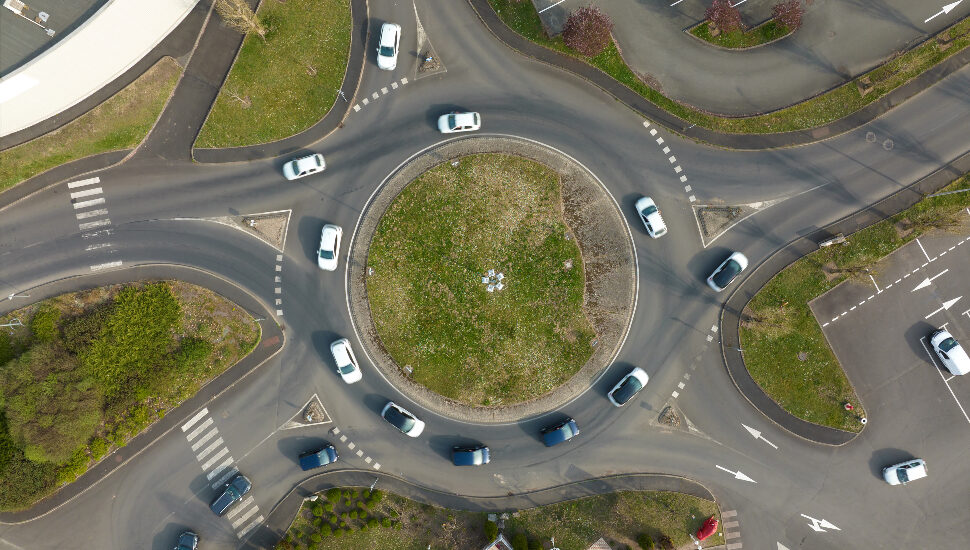 Image via iStock
The two local roundabouts have had a positive impact on traffic patterns.

With Pennsylvania utilizing more roundabouts to control traffic, two of them are in Bucks County, making commutes much easier. Dino Ciliberti wrote about the updated roads for the Bensalem Patch.

The areas of Feasterville and Lower Southampton now have two of the 33 roundabouts used in the state. Over the past decade of their presence on Bucks County roads, local residents and visitors alike have been treated to easier traffic patterns and a massive reduction in accidents, especially those that are fatal in nature.

According to the Pennsylvanian Department of Transportation (PennDOT), roundabouts have statistically shown to have a 90% reduction in fatal crashes where they are implemented.

“We continue to see that Pennsylvania’s roundabouts save lives and reduce crash severity,” said PennDOT Secretary Yassmin Gramian. “While they aren’t the right option in every intersection, we’re pleased that they help to make our roadways safer.”

Read more about the local roundabouts at the Bensalem Patch.