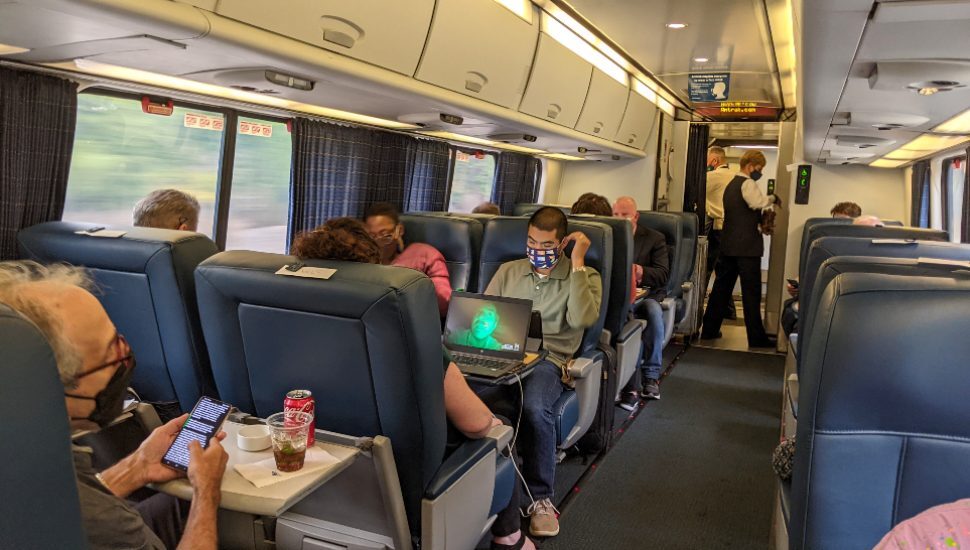 Image via iStock.
A new fleet of Acela trains is expected to roll through Amtrak's Northeast Corridor next year.

Amtrak’s new Acela trains that will start rolling through regional train stations at the start of next year represent a step toward a faster and more reliable train service, writes Luz Lazo for The Washington Post.

The trains, sporting the European-style rail cars of a design uncommon on domestic tracks, will overhaul passenger services in the busy Northeast Corridor. The goal is to improve safety, reliability, and capacity, as well as rider comfort.

The delivery of these new trains will provide Amtrak with a pandemic-era boost. That lift dovetails strategically with a massive expansion backed by unprecedented Washington support, both political and financial.

In compliance with a “Buy American” rule of its contract with Amtrak, manufacturer Alstom (a French rolling stock firm with a New York State plant) is using suppliers in 27 states to source the parts. Axles and wheels are being made in three U.S. states that include Pa.

Amtrak is currently conducting testing on the completed trains in Hornell, N.Y. and Philadelphia.

Read more about Amtrak’s fleet of new Acela trains in The Washington Post.

Amtrak Continues to Mull Rail Service Expansion; Local Commuters On Board With the Idea