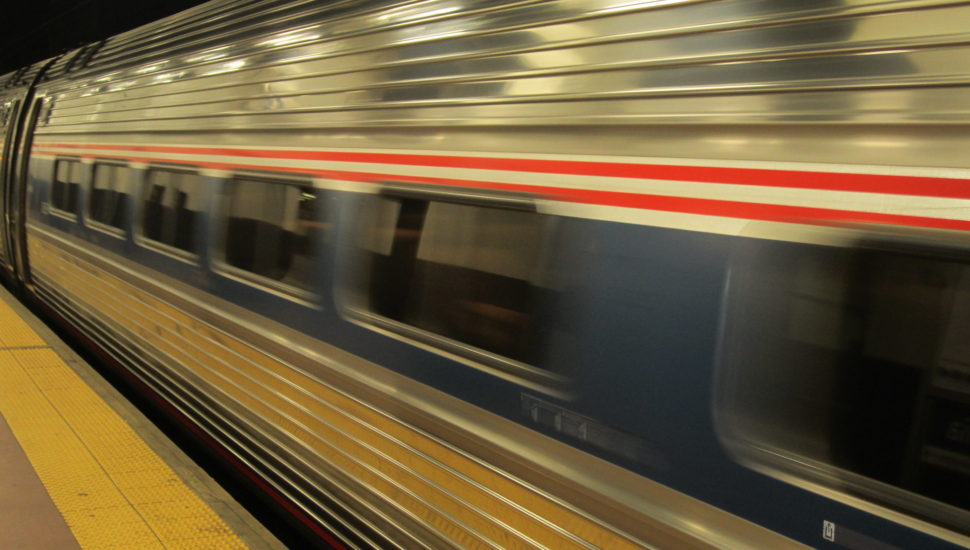 Image via Kim at Creative Commons.

As U.S. travel emerges from its long tunnel of COVID-19 inactivity, options are in the works to make it easier for Bucks County residents to traverse the Northeast Corridor and beyond, write Joseph Spector and Joey Garrison for USA Today.

Those options rely heavily on rail, which President Biden is hoping to scrape the rust from through $80 billion in refurb monies. Extending train routes to destinations that never had them and reviving those that were abandoned decades ago is part of the new administration’s overall $2 billion spend.

Amtrak projects the funds will help it pioneer intercity rail service to up to 160 previously unserved communities over the next 15 years. It will also finance more daily trips on existing routes.

Amtrak’s Northeast Corridor is the busiest railroad in North America, running about 2,200 trains a day. That’s 18 million trips a year through its Washington-New York-Boston spine.

The plan seeks to repair major tunnels and bridges that are mostly a century old and to rehabilitate stations.

New services include a connection between Philadelphia and Pittsburg, a jaunt presently possible for Bucks Countians only by flight, bus service or a good five hours behind the wheel of the family car. The tolls alone for a driver are a one-way $35 hit to the wallet, which doesn’t account for gas or food/beverage stops.

Biden has long been a proponent of rail service, earning the nickname “Amtrak Joe” for his daily rides from Wilmington to Washington when he was a Senator.

More information on the impact this stimulus is expected to have on rail service nationwide is available at USA Today.

Career Corner: Continue to Advance Your Career While Working from Home