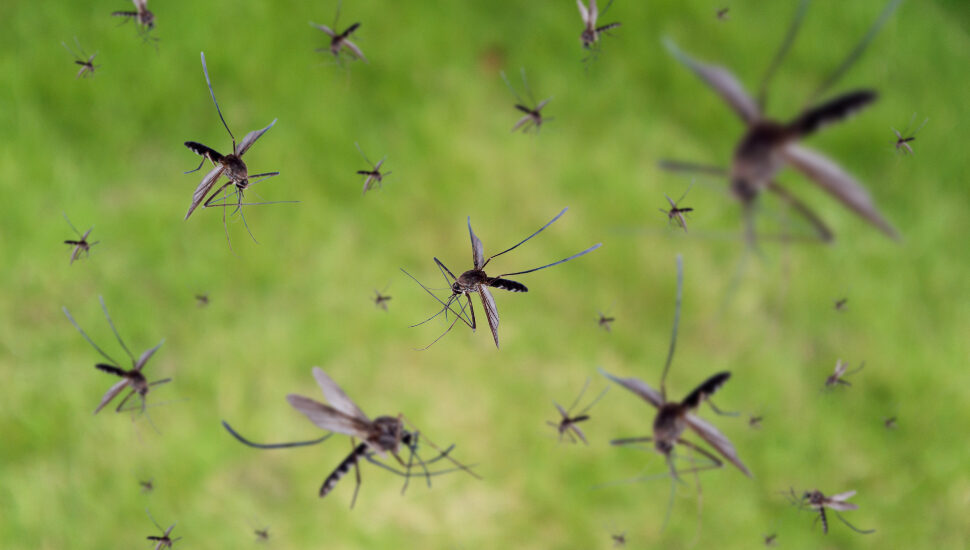 Image via iStock
The township listed the areas that will be sprayed for mosquitos on Wednesday.

The Bucks County government has released information on spraying for mosquitos in several townships throughout the area.

The Bucks County Department of Health will be spraying for mosquitos in the townships of Newtown, Northampton, and Warminster on Tuesday. An ultra-low volume (ULV) mosquito control operation will be implemented to reduce larger-than-normal numbers of mosquitos down to a reasonable number.

“Certain mosquito species carry the West Nile virus, which can cause humans to contract West Nile encephalitis, an infection that can result in an inflammation of the brain,” the Bucks County government said on their website.

Several areas in Wamrinster will undergo mosquito control. Werner Park, Munro Park, and Warminster Community Park are to be included in those areas.

For all additional information, check out the Bucks County government’s official website.