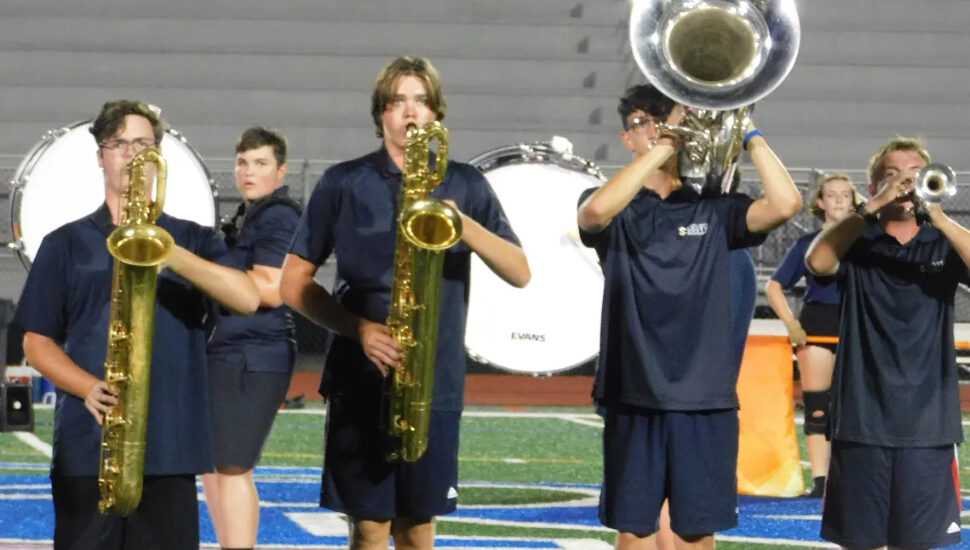 The marching bands of both Council Rock High School North and South recently debuted their new sounds at a local Preview Night. Jeff Werner wrote about the musical event for the Newtown, PA Patch.

The award-winning marching bands performed at the Walt Snyder Stadium in Newtown on Wednesday.With competitions coming up in October, the bands were able to play new compositions to a live crowd in order to see how they will be received.

“We have the privilege of doing this every year, presenting the fruits of our labor for the past two weeks,” said John Burns, Council Rock High School South’s band director. “Both bands have been working hard to memorize their field shows. And it’s quite an undertaking because the musicians and performers are acquiring the skills of how we march, how we hold the flags while also memorizing it in the context of our show.”

Read more about the recent showcase at the Newtown, PA Patch.