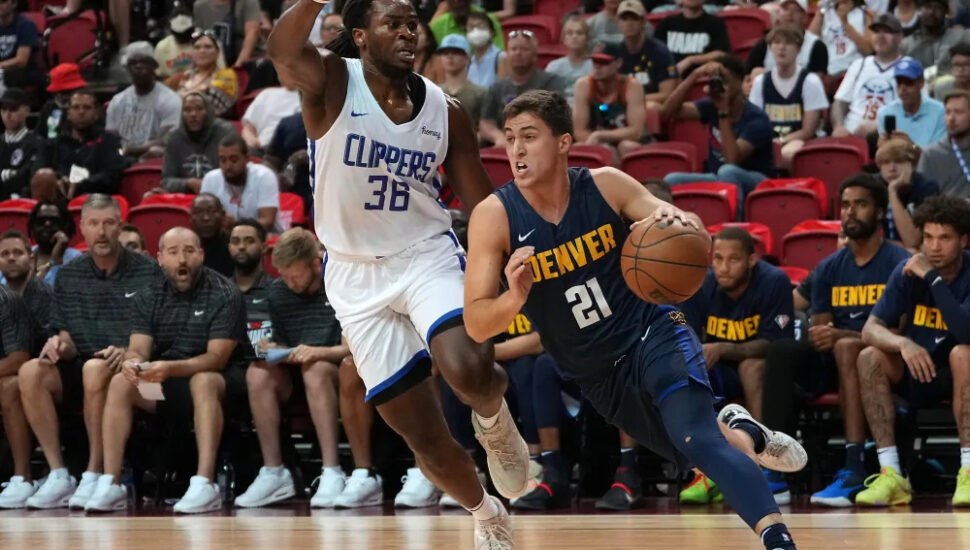 Following a serious injury to his leg, a Villanova and Archbishop Wood graduate will continue to play for the Denver Nuggets. Cody Taylor wrote about the Bucks county native for Rookie Wire.

Collin Gillespie played for both Villanova University and Archbishop Wood Catholic High School in Warminster. Recently, he suffered a serious fracture to his left leg. Currently in a two-way contract with the Nuggets, he suffered his injury on July 29.

Still recoving, the Denver team has decided not to release the Bucks County native. He is expected to be fully recovered in five to six months.

He was named a third-team All-American last season, averaging 15.6 points, 3.8 rebounds, 3.2 assists and one steal.

His time at the Bucks County Catholic high school formed his playing, and his time at Villanova Brough him into the spotlight as a top player. As he recovers, many expect Gillespie to be a new rising star in the world of professional basketball.