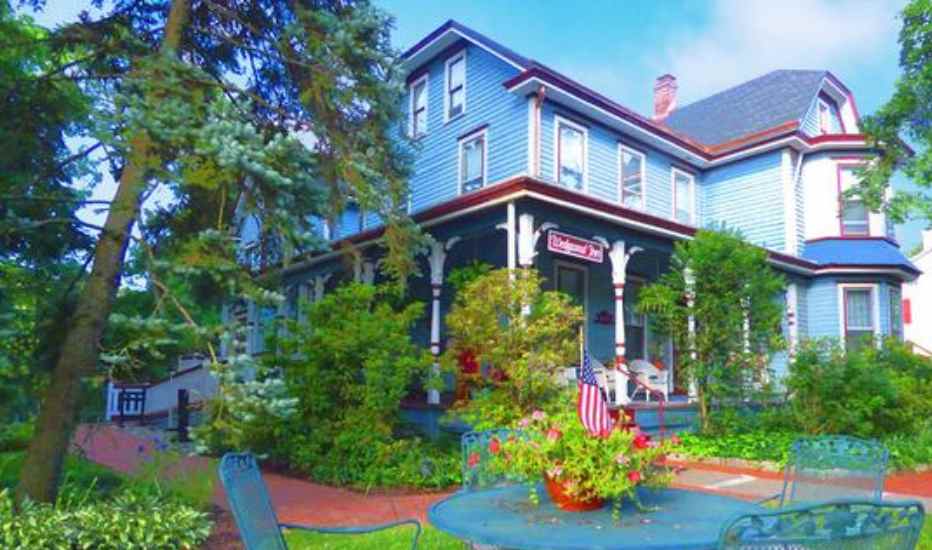 Wedgwood Bed and Breakfast Inn, which once hosted an intergalactic icon.

The site of the Wedgwood Bed and Breakfast Inn has hosted numerous high-profile figures. One of the earliest was Gen. George Washington, who stayed nearby with the Continental Army prior to the historic river crossing into Trenton.

But time-travelling through the present and into the future, another was Star Trek’s Captain James T. Kirk, actor William Shatner.

He spent a month in the carriage house in June 1994, accompanied by his then-wife, Marcy Lafferty.

The pair’s stay was easily recalled by co-owner-operator Nadine Silnutzer.

Shatner was appearing in the two-person play Love Letters at the Bucks County Playhouse. Lafferty, his spouse, was his costar. The two had worked together in the 1979 film adaptation of the TV franchise, Star Trek: The Motion Picture.

“They were supposed to come back,” Silnutzer remembered, “in another play with Leonard Nimoy. But a film interrupted, and that was the end of that.”

The project that scotched the live performances was a film/TV series adaptation of Shatner’s novel TekWar. A lawsuit with the playhouse ensued.

But as sour as Shatner’s Bucks County experience may have been on the stage, his stay at the Wedgewood B&B was stellar.

The sci-fi icon even left a written review: “Hands down, the best hospitality this side of the universe. Dinie and Carl deserve an exclusive franchise for the first intergalactic B&B.“

More on the Wedgwood Bed and Breakfast Inn — a Central Bucks Chamber of Commerce Member — is online.

In a Galaxy Not So Far Away, a King of Prussia Father and Son Launch a Star Wars YouTube Series, Podcast