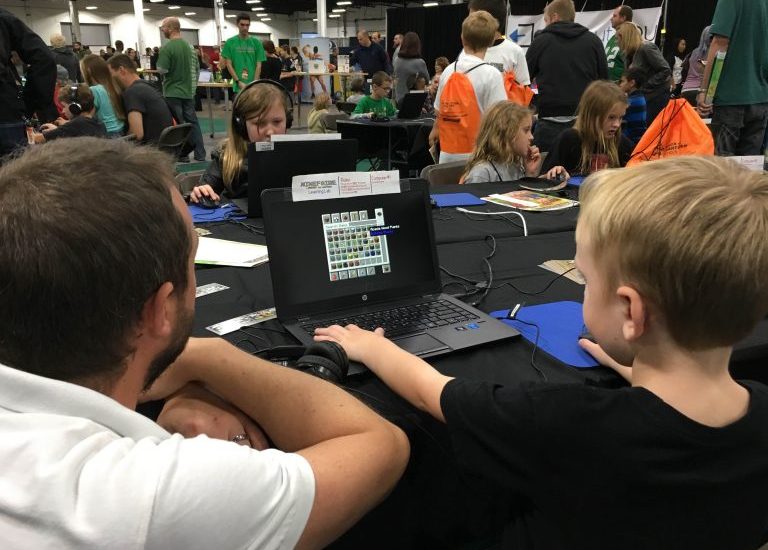 Minefaire will be at Greater Philadelphia Expo Center in Oaks Oct. 13 and Oct. 14

Minefaire, a Minecraft fan experience, debuted at the Greater Philadelphia Expo Center in Oaks last weekend with more than 150,000 square feet of hands-on attractions for families to enjoy.

Guinness World Records was in attendance, as Minefaire set multiple records, including the largest convention for a single video game, with 12,140 people.

“Minefaire is all about connecting with your kids through their favorite game, Minecraft,” said Chad Collins, one of two Bucks County fathers who founded Minefaire. “We were determined to create a one-of-a-kind experience that ensures children are building valuable learning skills as they play.

“Our kids may live in a digital world, but at Minefaire, they come together as a community to share ideas, collaborate, and build social skills.”

In addition to booths from the Franklin Institute, the United States Geological Survey, and Children’s Hospital of Philadelphia, Minefaire attendees enjoyed:

Minecraft has become the second-best-selling standalone video game of all time, only outranked by Tetris, with more than 100 million copies sold.

Created in 2009 and often called this generation’s “Super Mario,” Minecraft is a virtual game where you build new worlds, block by block, by mining the resources you find and crafting them into something great.

Having been featured in TIME, Collins began his career as an engineer for Lockheed Martin, but he left corporate America after starting a YouTube channel about LEGO at the request of his seven-year-old daughter in 2012.

The incredible following led to his creation of the nationwide LEGO fan experience, Brick Fest Live!

Gabe Young, the other co-founder of Minefaire, began his career managing multimillion-dollar projects for Fortune 500 companies, including Comcast and Johnson & Johnson.

He made the leap in 2015 to produce exciting, smoothly-run events like Minefaire, and in his first year, he produced fifteen LEGO shows that attracted more than 250,000 people.