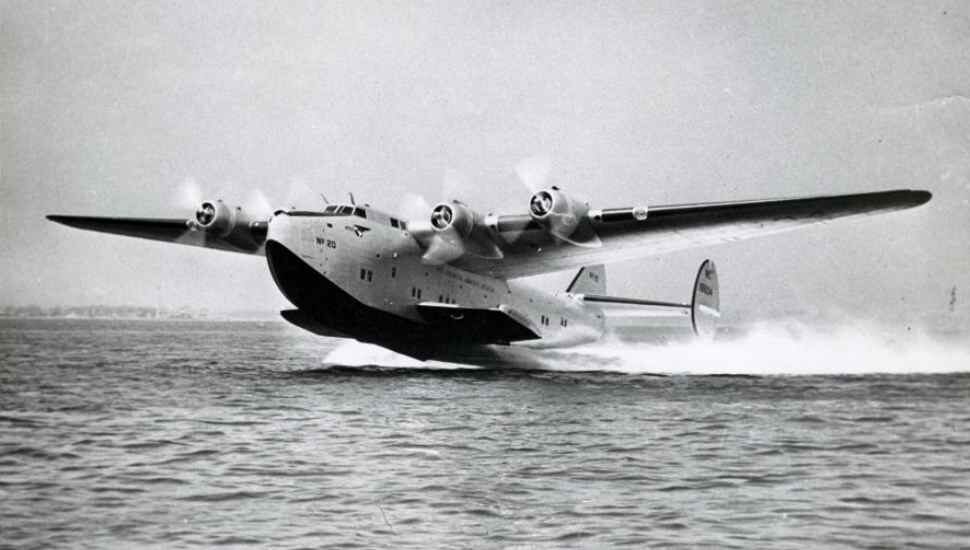 Image via the National Air and Space Museum.
George Krikorian's WWII service was aboard a Navy seaplane, which may have resembled this 314 Atlantic Clipper.

The Ukraine situation has seeped its way into the consciousness of Langhorne’s George Krikorian. On the cusp of his 100th birthday, he’s all smiles about his milestone. But a deeper melancholy, brought on by world news, also makes itself known, as reported in the Bucks County Courier Times.

The centenarian was born in the Bronx, married had a successful aviation career, and had two daughters, He moved to Morrisville in 1965.

But World War II arises often in his conscious, especially in his senior years.

“Lots of nights, I still think about it,” he said.

As a 21-year-old worker in a New York airplane factory, he trained original Rosie the Riveters in their craft.

A year later, he was drafted, serving in the Pacific Theater as a flight engineer on a seaplane. Enemy dive-bombers were a constant threat; he recalls one punching a hole in his fuselage “so big I could put my head through it.”

The current Russian belligerence has rekindled his patriotic spirit, according to his daughter, Julie Eshbaugh.

Her dad, watching the coverage, told her, “If they institute a draft to help those people, I’ll go.”

She explained, “That’s who my father is. That’s the kind of man he is. Even at his age, he’s thinking about helping people.”

More on George Krikorian is at the Bucks County Courier Times.

Athlete from the Philadelphia Suburbs Was in a League of Her Own... Literally