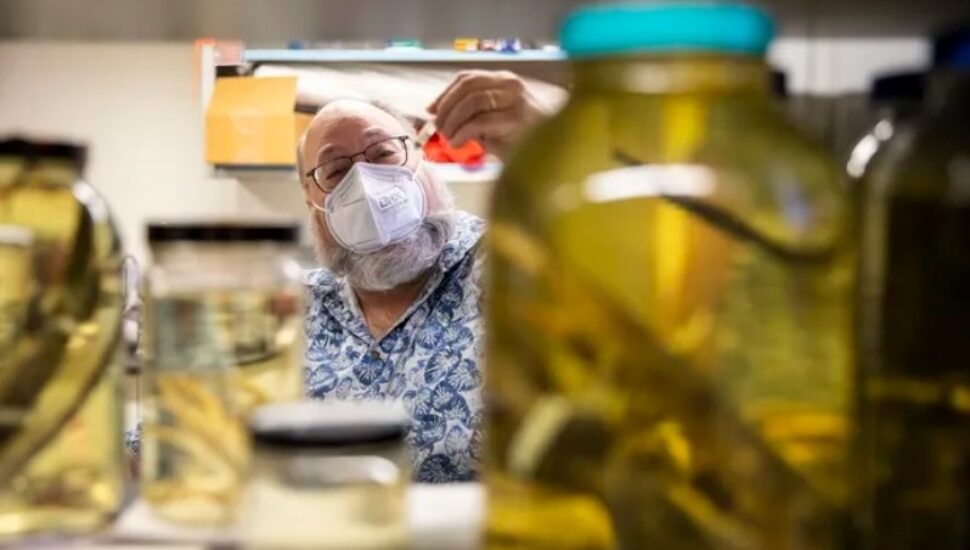 Villanova University biologist Aaron Bauer traveled more than two million miles to find new species of lizard. But when the pandemic hit, he decided to stay at his university lab and travel back in time instead, writes Tom Avril for The Philadelphia Inquirer.

It paid off.  He and an international group of collaborators found a new species of lizard last winter that had been trapped in amber 110 million years ago.

The golden mineral was found in a mine in Myanmar. The animal within it was well preserved, with bones and scales intact.

The find shows how continents have drifted over time and how evolution created a body that endured a range of changing climates.

Bauer and the team’s research was published in Scientific Reports. Scientists are thrilled.

Bauer, who has been at Villanova since 1988, has helped identify more than 230 reptile species, more than any living scientist.

Read more at The Philadelphia Inquirer about Aaron Bauer.

Weekend Wanderer: Gators in the Monongahela