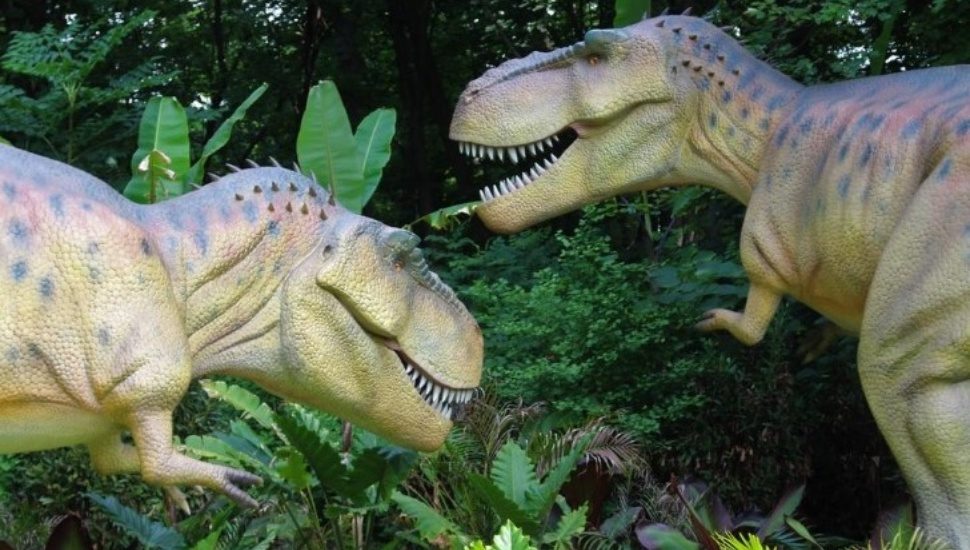 The Media Borough man who advised Steven Spielberg about dinosaurs in Jurassic Park now has his company and its robotic life-sized creatures featured in a May 21 episode of Shark Tank, writes Lisa Dukart for The Philadelphia Business Journal.

Don Lessem runs Dino Don, Inc., from his Media home.  His dinosaurs are displayed in gardens, amusement parks, and zoos around the world.

Right now you can find them at the Philadelphia Zoo’s Big Time exhibit.

Dino Don is, according to Lessem, the largest dinosaur robotics business in the world.

The company’s produced 230 robotic animals and generated $1.5 in revenue in its first year, a revenue figure that doubled this year.

Like many kids. Lessem was nuts about dinosaurs, He had a chance to pursue dinosaur research as an adult journalist.

“I decided I would go to every dinosaur dig in the world,” he said, traveling from Mongolia to the Arctic, eventually writing a book. He’s since written 50 children’s books on dinosaurs.

After interviewing Michael Crichton about his novel, Jurassic Park he was brought in as an adviser for film adaptation.

Lessem also served as adviser for the Universal Studios Jurassic Park locations and Disney’s Animal Kingdom in Orlando. Through his company he’s been working to improve the animatronic versions of dinosaurs that are put on display.

This Jurassic Time video from October 2020 features an interview with Don Lessem.

Following a Devastating Fire, This Newtown Sportswear Shop is Reopening for Active Residents and Visitors