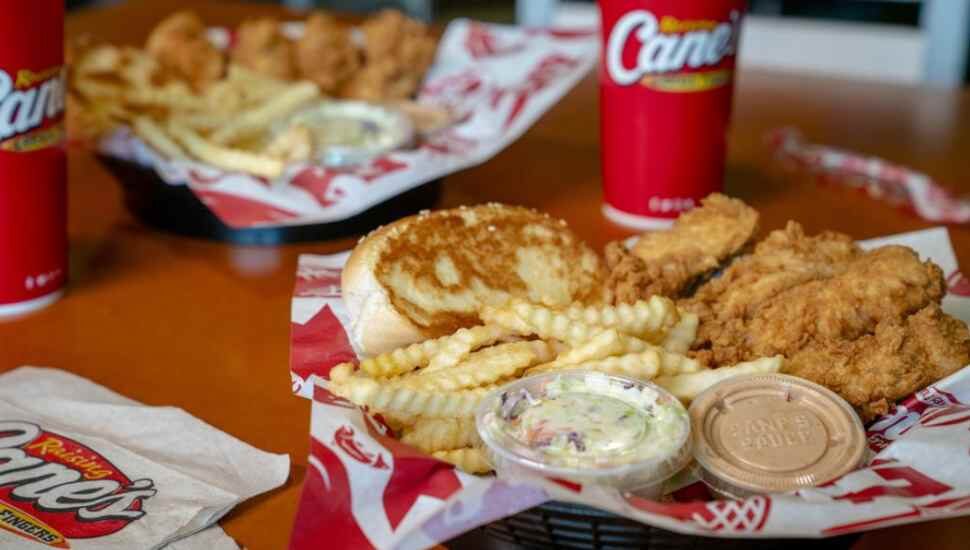 After opening two sites in the city this spring and summer, the brand will spread its wings into Fairless Hills and Trevose in the second half of 2022.

The company’s headquarters is in Baton Rouge, La.; however, its principals say it has “had its eye on Pennsylvania — Philadelphia in particular — for a while.”

The Bucks County editions of the fast-casual restaurants are in addition to its soon-to-open presence on Walnut Street and N.12th St. in Phila. and a State College location.

The company has also planned a 14-store introduction of the brand in the Washington D.C. area, furthering its Mid-Atlantic territory.

To date, the only other East Coast–based site of a Raising Cane’s is in Boston.

More on this arrival is at the Philadelphia Business Journal.

Croyden Site, Which Once Issued Legal Tender, May Eventually Deal in Chicken Tenders

Engage Brands, Newtown, Has Boston Market Marching to the Beat of a Different Drum(Stick)