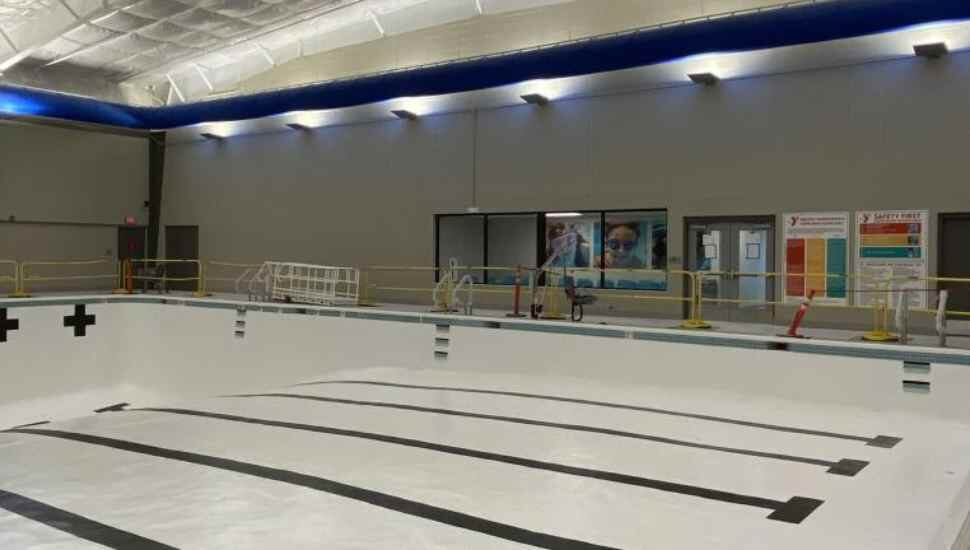 Image via YMCA of Bucks and Hunterdon Counties.
It's empty for now, but an opening is projected in a matter of weeks.

When the YMCA of Bucks and Hunterdon Counties cut the ribbon on its newly renovated Fairless Hills branch in April, the new fitness rooms, updated equipment, modernized locker rooms, and reinvigorated staff were all ready to go. The Fairless Hills pool still needed some work. And unfortunately, through no fault of the Y, its revival hasn’t been swimmingly successful.

The Y announced back in March that onsite pool usage was unlikely for the gala reopening. Detailed projects related to its renovation included:

Since the reopening, additional work has furthered the pool’s advancement. The chemical controller system (which measures pH and disinfectant levels) has kicked in, and an ADA-compliant ramp was added.

Its official opening, however, is still being delayed by filtration system electrical issues.

Once fully operational, the pool will be ready for its township inspection. Following a thumbs up from officials, it should be ready to welcome lap counters and shallow-end bobbers from across the area.

Absent the Fairless Hills pool, the Y reminds members that they are eligible now to swim at the fitness organization’s Warminster, Doylestown, Quakertown, and Flemington, N.J., branches.

YMCA Is More than a Place Just for Toning Bodies; It Also Sharpens Minds