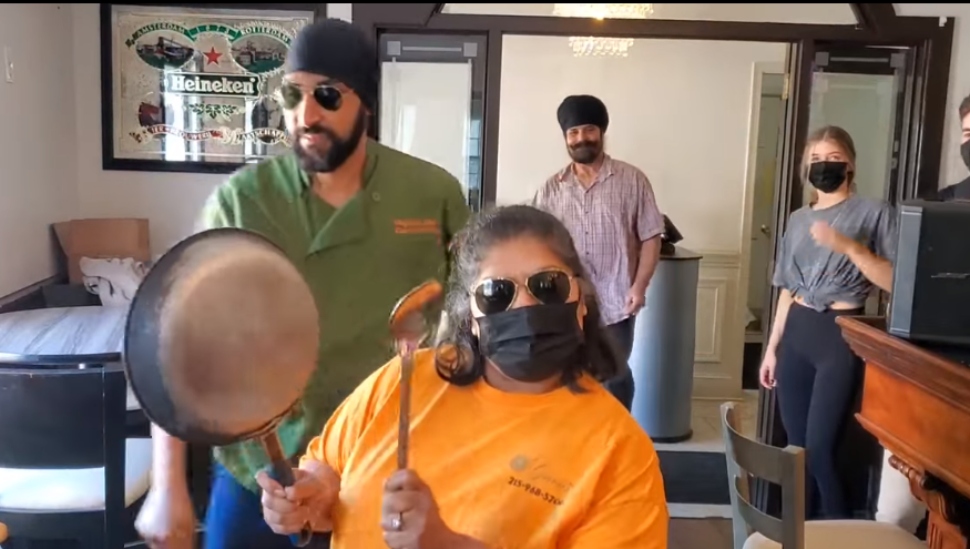 Local restaurants often engage in friendly competitions from chili challenges to best burger battles. However, the staff at Guru’s Indian Cuisine, Newtown, recently threw down their best dance moves and dared competitors to keep up. The point, as reported by Peter Blanchard in the Newtown Patch, was just to spread a little fun.

Prya and Ashni Kumar Guru co-own the restaurant. Marking the beginning of the end of COVID-19 restrictions on dining, the Gurus thought it was time to celebrate.

In their Facebook video, Prya (who introduces herself as Kim Kardashian) announced a dance challenge to other local restaurants. “We had a very difficult year,” she said. “And we should make things more fun. And relaxing.”

She and her staff then strutted their stuff through the dining room, arms swaying, torsos bouncing. Prya tapped a fry pan with a spoon. A rolling pin became a makeshift sarod, an Indian plucked string instrument.

But thus far, no takers on the challenge.

More on this celebration dance, including the Facebook link, is at the Newtown Patch.