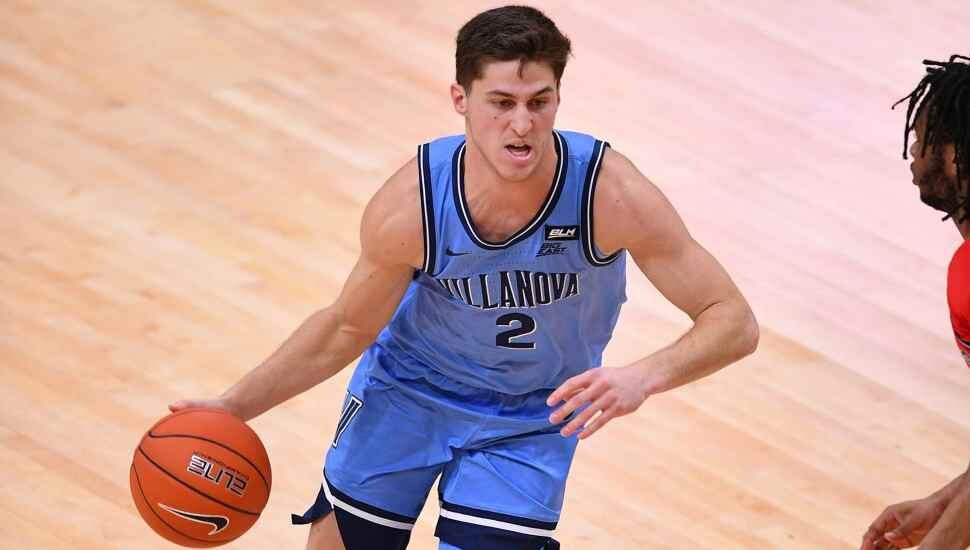 The 2021–2022 Villanova Wildcats basketball season came within a hair’s breadth of advancing to the final round before it ended. The disappointment of the final outcome, however, shouldn’t overshadow the overall talent that took the squad so far. Tim Casey, in Forbes, profiled one of the players who contributed much to its success: guard Collin Gillespie, an Archbishop Wood graduate.

Gillespie caught the eye of Villanova scouts as a high-school senior.

His Warminster high school athletics career started in both football and basketball, with the latter becoming his sport of choice by junior year.

Still, he was unimpressive in those early games. Throughout his second season on the hardwood, Gillespie started just seven times.

Ashley Howard, then a Villanova assistant, saw him play and commented at the time: “…This dude could be a Villanova basketball player. I knew he could dribble, pass, shoot. He was tough; he was intelligent; he was a leader; he was a coach on the floor.”

Since becoming a Wildcat, Gillespie has started all 123 games he’s appeared in the past four seasons.

He’s bounced back from an injury and averaged a career-high 15.6 points per game this year. Gillespie was also named the Big East player of the year (for the second year in a row).

More on Collin Gillespie and his burgeoning basketball career is at Forbes.