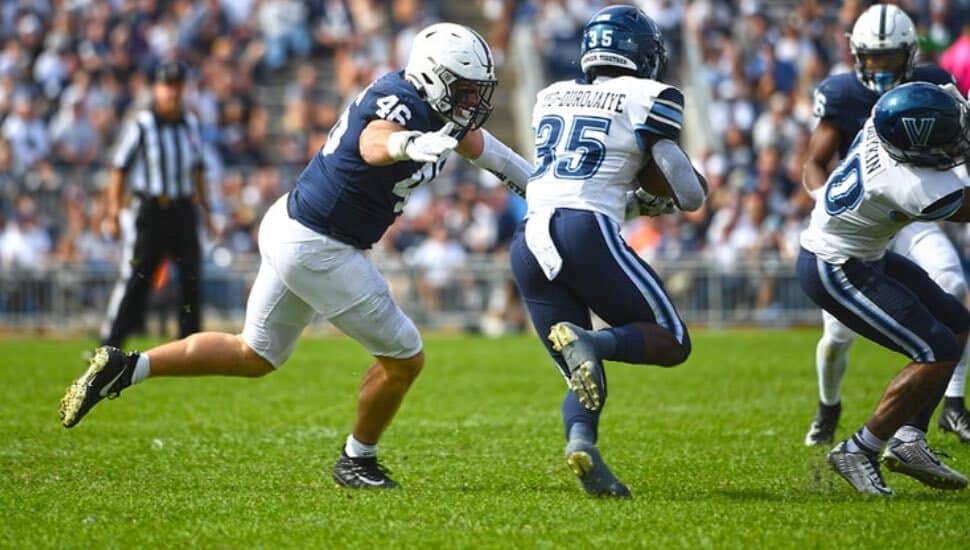 Image via Steve Manuel/BWI
The Bucks County player has an opportunity to play in the big leagues.

A Bucks County native and member of Penn State’s football team is eyeing a major upcoming game and his chance to play in the big leagues. Greg Pickel wrote about the local player for Blue White Illustrated.

Nick Tarburton, a graduate of Pennrighe High School in Perkasie and a defensive end for the Nittany Lions, will be playin gin the upcoming Rose Bowl. While this opportunity is a special time in his career, the player is facing another major change: a shot to play in the NFL for the 2023 draft.

Tarburton has played for the team since 2018. He currently ranks at 226 for the 2018 Consensus Top Football Recruits.

“My time here at Penn State has been nothing short of special,” Tarburton said. “Although it has never been easy, Penn State shaped me into the man I am today.”

With these major opportunities being presented to him, the former Bucks County student is looking at the chance of a lifetime to live his dream and play for a major team.

Bucks County Receives $114,000 Worth of Funding to Combat Homelessness in the Area

Ottsville-Based Bakery to Open New Location Inside a Doylestown Studio