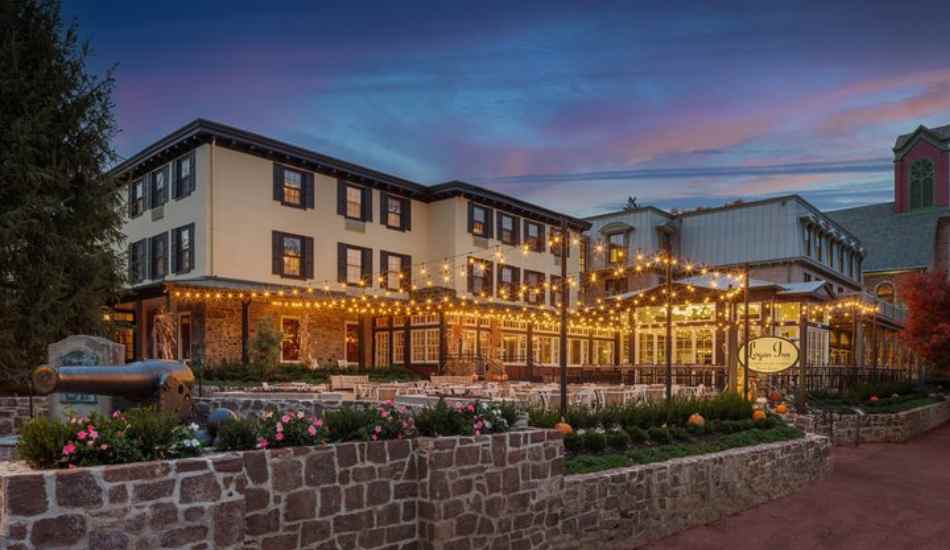 The two-year renovation of Ferry + Main at New Hope’s Logan Inn was finished in August 2021, and the establishment hasn’t looked back since. It is now in event-building mode, with whiskey tastings, curated-wine menus, and Easter Brunch on the way. Noah Zucker plated a story on its progress for Philly Voice.

The Logan Inn started as a Delaware River ferry-stop in 1722. By 1727, it had become a lodging and has continued as one ever since. It is now the fifth oldest continually operating hotel — and second oldest operating bar — in the U.S.

The transformation that added Ferry + Main, with its open kitchen and new menu, represented the largest on-property alteration in its history.

Chef Greg Vassos has upped the ante on traditional pub fare, making extensive use of the kitchen’s open-fire grill.

“We have two sides of the grill that we can coal-feed at the bottom and a wood fire on the back for flavor,” he said.

The chef’s use of locally sourced ingredients is also becoming a hallmark. A recent beef tartare benefited from its beginning as top round obtained nearby.

More on Ferry + Main is at Philly Voice.